The 2004 “Post Impact” sounded like an entertaining low budget disaster movie to watch.  Unlike most B movies beginning with an immediate disaster, kill or nudity shot we’re given the story and learn about a few characters prior to the impact.  The beginning credits don’t start until after the meteor impact about ten minutes in.

“After a meteor strike starts a new ice age, a group of survivors try to find a device that could give mankind new hope”

Directed and Written by Christoph Schrewe.  Christoph is a recognized German director who has over twenty years of directing experience and brought us comedies like “Oh Shit”.  He mostly films in Europe including “Post Impact”, but a lot of the actors are American.  One of the exceptions is European Joanna Taylor. Not only is Joanna pretty she’s nasty especially when it comes to fighting.  It’s worth it to watch to the end to see her in action.  Which includes a she’s done…no she’s not…she appears to be done…crack….WHAM… definitely dead now! 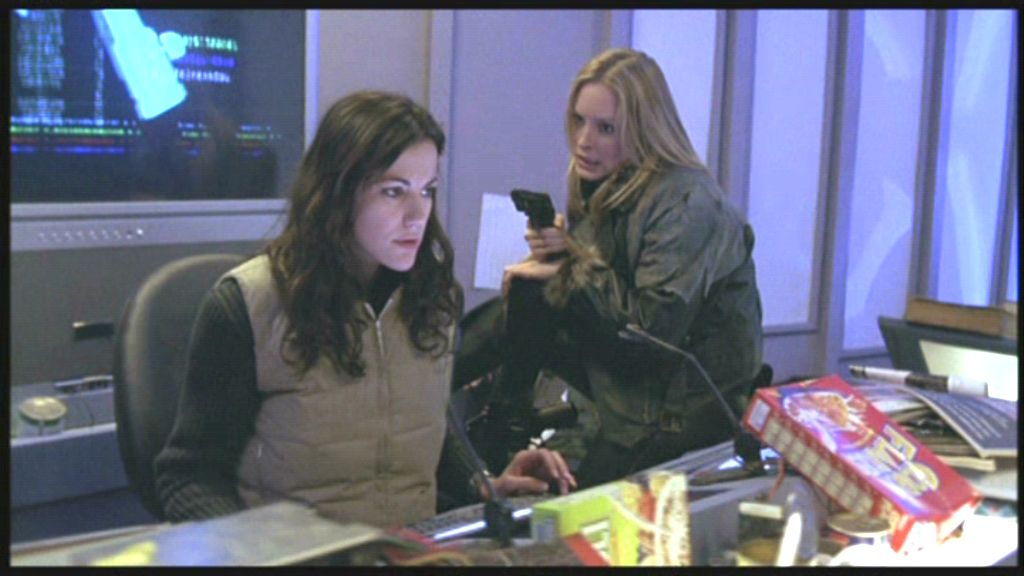 I appreciated that Christoph told a decent story versus having the main character in a family truckster out running the end of the world.  Don’t get me wrong there’s plenty of action and special effects in “Post Impact”.  However, there were some lulls due to too rambling dialogue, but overall it was an interesting watch.