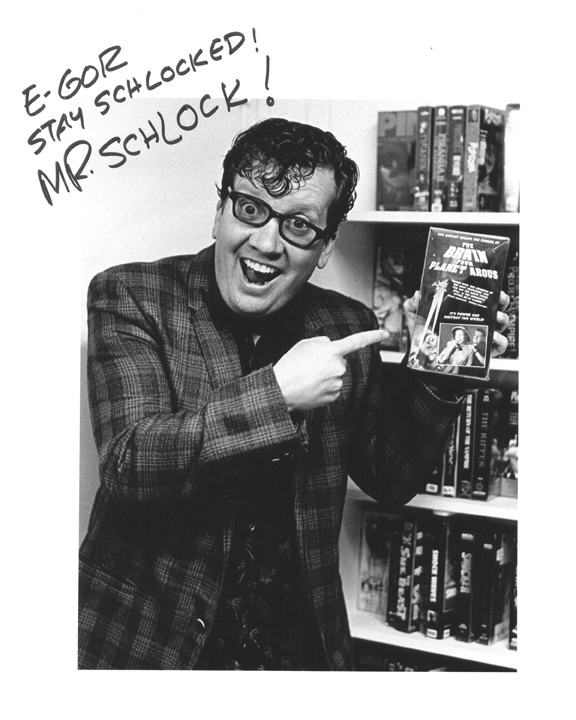 BRUCE LENTZ, AKA “MR. SCHLOCK”, is about to take the reins of the B Movie Nation’s latest acquisition, the classic Hollywood Theater in the Pittsburgh suburb of Dormont, PA. Bruce was already a local legend due to his zany horror host alter ego as well as the world famous Incredibly Strange Video Store, which he founded. Bruce Wayne Lentz – yes, that’s his full name – gave us the lowdown on his past, present and future…

Will the Thrill: Please tell us about your horror host identity, Mr. Schlock – how it came to be, etc.

BL: Back in 1997 I was in the second year of running my video store, Incredibly Strange Video I came across a customer who was at the time in charge of the public access channel for a borough outside Pittsburgh called Bethel Park. This guy was a huge fan of the store and always got a kick out of my monologues about b movies, horror and life in general. One day he said to me, “You should have your own T.V. show” and being the ham that I am I agreed. Since 1979 I had been singing in rock and roll bands and was missing the chance to perform since all my energies were poured into my business. I thought a horror show host would be the perfect outlet for all my pent up ham.

The character of Mr. Schlock (my wife came up with the name) was to be a video store owner (The Schlock Shop) who had no clue that there was a world of film outside of the 50’s and 60’s B movies that he loved so much. And that was difference between Mr. Schlock and other horror hosts…Schlock never bad mouthed the movies he showed, in fact he would praise them like they were the most important films in the world. For example, when a phone call to the Schlock Shop inquired about The Godfather, Schlock would say he never heard of it. But when the caller would tell him the directors name, he got excited and said “Yeah, yeah, I know him! He’s the director of Dementia 13…he hasn’t done anything since then, has he?”

Clueless to the modern world and dressed like a greasy used car salesman, Mr. Schlock would feature condensed versions of such classics as Rat Pfink A Boo Boo and The Killer Shrews. The last few shows featured full length films. The best shows however, were the ones were where Schlock would go to horror conventions and annoy the old B movie stars that he so admired. 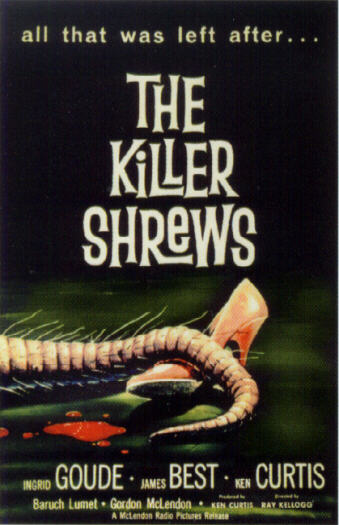 The show was popular enough to be picked up by other public access channels including the one in the city of Pittsburgh. The show ran from 1997 to 2000 and there are 13 episodes. I gave up the Schlock because the opportunity to start a new band came a knocking and that is what I really like to do. So between rehearsals, running a business and having a social life, there just wasn’t enough time. Plus with Mr. Schlock’s high pitched voice and spastic mannerisms that are so different from my own personality, it became a chore to be him for long periods of time. 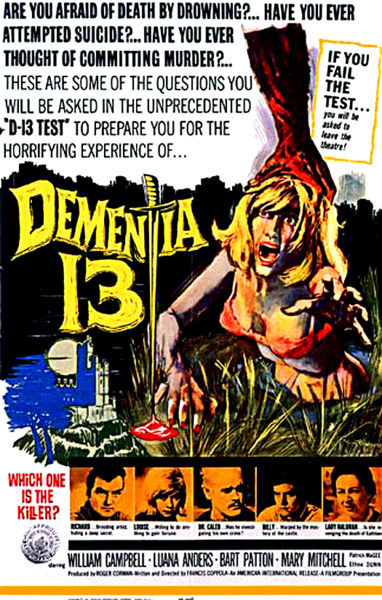 Thrill: What are some of your own favorite B Movies?

BL: Wow…way too many to list here! Let ‘s just say that I am huge fan of the works of the following  B movie icons….HG Lewis, Ray Dennis Steckler, Roger Corman, William Castle, Mario Bava, Vincent Price, Ed Wood and of course whatshisname, you know, the guy that directed Dementia 13.

Thrill: You’ve recently been tapped to manage the Hollywood Theater in the Pittsburgh suburb of Dormant (thanks to Motion Picture Heritage). This will become a major center for the B Movie Nation. What do you envision for this classic theater’s revival in the 21st Century?

BL: I would love to see the theater become a destination place for people who truly love movies and believe that there is more to film than the 80 billion dollar blockbusters out there playing at the big box multiplexes. I also hope to provide an atmosphere that is fun and exciting, showing some of the younger people out there what going to the movies was like when I was a kid growing up in the 60’s and 70’s. The movie going experience has really been tainted by big business and it’s time to take it back to its roots. Entertainment and showmanship over the get them in, gouge them, and then get them out mentality. 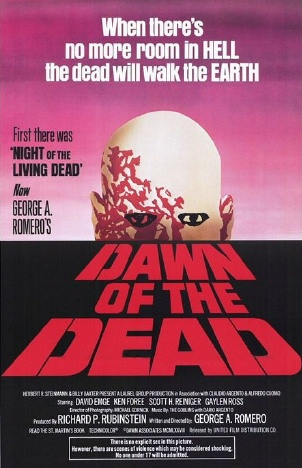 Thrill: Pittsburgh is widely viewed as a horror film Mecca. Outside of George Romero, what’s the reason for this? 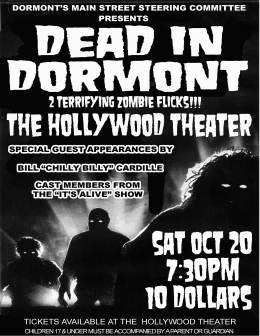 BL: Well it is the zombie capital of the world as our world record zombie walks at the Monroeville Mall prove. We hold the record for most zombies in one place every year hands down. Romero may have started it, but it’s the fans who keep it alive and there are a lot of horror fans here in the burgh. During the 13 years of owning Incredibly Strange Video I met hundreds of passionate fans and buffs who were willing to do whatever took to get their horror fix. Hopefully now with the rebirth of the Hollywood, there will be a new place for them to call “home”.

Thrill: What is the future of Mr. Schlock and B Movies in general?

BL: I have been asked by my partners to bring Schlock back to host some events at the Hollywood and aside from having longer hair and having to buy a new loud sports jacket…I think that I’m up for resurrecting the annoying, yet lovable guy. But it has to be something that Schlock would really like to see. Maybe a double bill of The Thrill Killers and The Sadist would make him take the stage again.

As far as the future of the B movie, I feel that as long as the fans crave it, there will always be a place for low budget, creative films to stand along side their more expensive and less creative counterparts. And with the reemergence of venues such as the Hollywood, I have high hopes that the B movie and the culture that surrounds it will thrive until the world is destroyed by bug eyed monsters from outer space.

More on the grand reopening of the Hollywood Theater, August 1, 2009 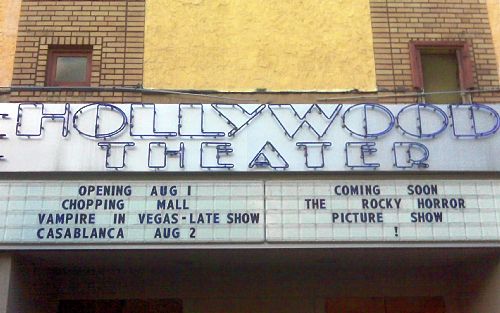