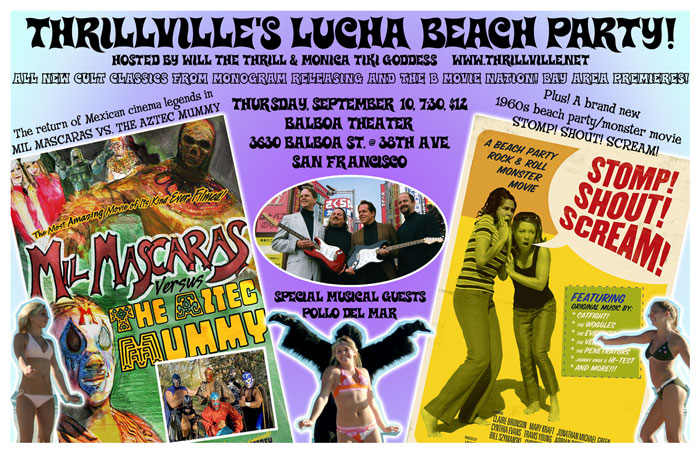 Mil Mascaras vs the Aztec Mummy stars the original wrestling legend “Mil the Thrill” (looking great at 66!) plus a host of special guests like El Hijo del Santo and Blue Demon Jr. facing off against the Aztec Mummy, who in this incarnation is more like a loquacious super-villain than a shambling ghoul. Stomp! Shout! Scream! is an amazingly authentic throwback to 1960 beach party flicks with a “skunk ape” thrown in for good measure, featuring an original smokin’ surf/garage music soundtrack, shot in Georgia with cool animated credited sequences designed by Derek Yaniger. Monogram is the American International Pictures of the 21st Century, and The Thrill is proud to be presenting these future cult classics.

This is the first of many collaborations between Thrillville, Monogram and the B Movie Nation. Will the Thrill will once again co-host the B Movie Celebration in Franklin and Shelbyville, Indiana this September 25-27.

Thrillville, a vintage Vegas-style, tiki-tinged burlesque act showcasing the best (and worst) in cult movie cinema for over 12 years, is co-hosted by Will’s wife, lovely assistant and best friend, Monica Tiki Goddess. Will was recently voted “Best B Movie Survivor” by the San Francisco Bay Gaurdian, after the closures of Speakeasy Theaters, his former Bay Area home base. Since then Will has booked his show in other Bay Area Theaters, dubbing them “Road Thrill.”

Will also wrote this post in the third person, which is kind of weird. 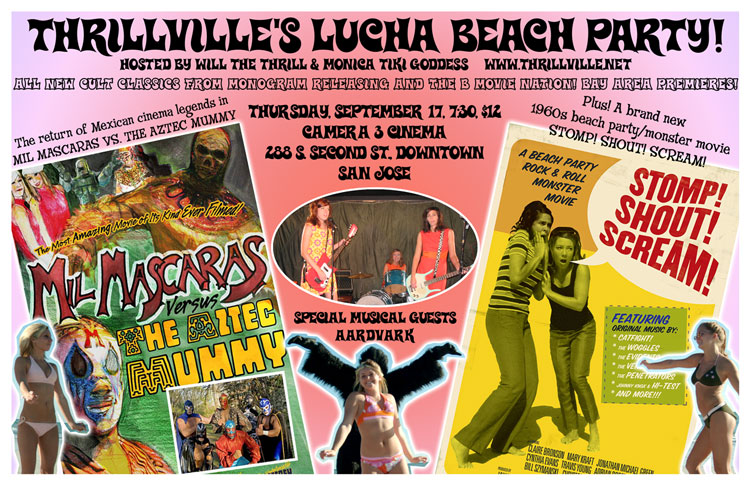 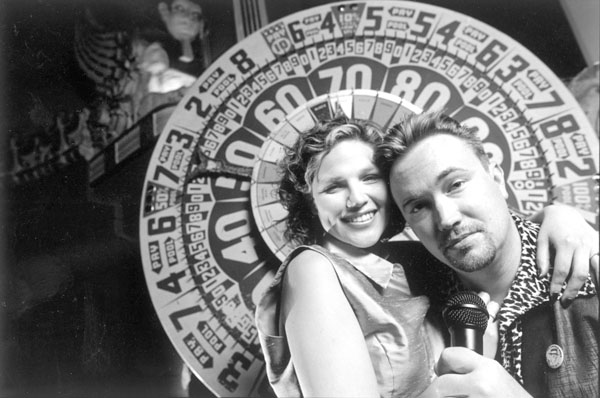