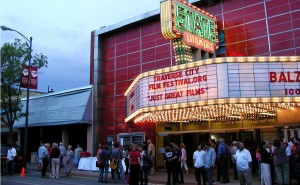 Jackson, MI, January 11, 2012 – (PressReleasePoint) – Before the 1930s and the advent of what has come to be called the “talkies”, opulently decorated vaudeville and movie theaters were built. Predating the earliest sound systems they were created to be acoustically perfect. Every small town had one. Michigan at one time had many from its south western most border to Detroit and points north. Today many of these theaters still stand, painstakingly restored and faithfully tended. Now as a musician you can play many of these theaters and stand where the earliest stars of stage and screen stood.

The promoters of south central Michigan’s newest film and music festival are looking for select bands and spoken word performers to play these venues. Those chosen will be given an opportunity to play at the first annual Jaxon Film and Music Fest.

They are looking for as many Michigan musicians as might be interested in such an opportunity. They will draw these musicians from a fifty mile radius of each of these theaters. They will be inviting people both students or professionals from the film industry to these events to introduce them to Michigan musicians at meet and greets which will follow each evening’s performance. These events will also, of course, be open to the general public.

As Michigan has a wealth of faithfully restored theaters from across the state, they will be staging these events at many of them and depending upon the draw of each, may hold these events at each more than once. This means increased opportunity for selected musicians.

As the season concludes, this series will culminate with the Jaxon Film Fest, south-central Michgan’s film and music festival. It will be billed as “a Celebration of Michigan’s Film and Michigan’s Music Industry.”