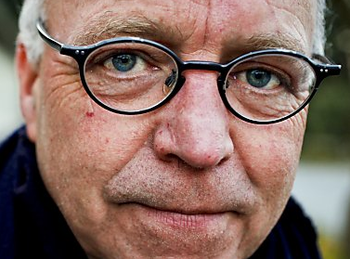 The news that Bingham Ray died this morning at 57, after suffering a stroke at Sundance last week, is spreading across the festival Twitter-sphere like an electronic pall. The founder of October Films, which in the 1990s did as much as any company to shepherd the boom in independent film, Ray, 57, also ran United Artists in the early 2000s and was recently brought on to helm the San Francisco Film Society. He was a character, a good guy, and a creative force, and without him, American audiences might never have seen movies like “Secrets and Lies, “Breaking the Waves,” “Bowling for Columbine,” “Hotel Rwanda,” and countless others. There will surely be memorials announced before the festival ends next Sunday, and I imagine there will be many, many glasses raised on Park City’s Main Street tonight. He’ll be missed, and I don’t say that sentimentally. Ray was attending the Art House Convergence Conference when he was stricken, advising theater owners on how to bring the movies he loved to the audiences who might best appreciate them. In other words, he was in his prime and still making a difference. He will be missed.