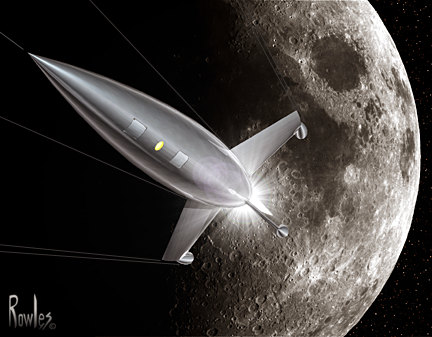 It’s no secret that sci-fi movies have always been a great way to peek into the future. The range of the predictions that they all make boldly range from technology to the way we act as a society, but that doesn’t make it any less shocking to see a decades-old film poke fun at our present reality.

From Marty McFly’s futuristic TV set up to Total Recall’s full-body scanners—which are a sad reality to anyone who’s been on a flight lately—here are some sci-fi flicks that made some insightful guesses.

1 – Minority Report – Modern Advertising
Anyone who’s been on Amazon.com or Facebook lately will appreciate the similarities between Tom Cruise’s bombardment with the oddly self-catered ads which Internet retailers are now able to reproduce.

2 – Total Recall – Body Scanners
In 2010, body scanners became a common thing at airports across the U.S., but we first saw the real-time x-ray-like device in action in 1990’s Schwarzenegger-starring Total Recall.

3 – Blade Runner – Short-Lived Gadgets
My grandmother has had the same rotary phone, dishwasher and microwave for as long as I can remember. But 1982’s Blade Runner introduced a more-common take on our relationship with technology: our time with it is very, very finite. Replicants, the genetically engineered robot workers, have a lifespan of four years, which is a lot better than what you’ll get out of that iPhone.

4 – Back to the Future II – Multi-channel viewing
In 1989’s Back to the Future II, Marty McFly is able to catch up on six TV shows at once on his flat screen TV. Sports enthusiasts, news junkies and reality-show fans have been enjoying multiple channels simultaneously for years now.

After years of watching Housewives, socialites of the Jersey Shore, celebrities that need rehabbing and Hoarders across the world, we think back to a simpler time in 1998 when the idea of a man’s life being made into a TV show seemed odd enough to make a movie out of it.

6 – Soylent Green – Overpopulation
Although we haven’t exactly been reduced to cannibalism, 1973’s Soylent Green has made a strong case to worry about overpopulation. The film features a New York in 2022 that’s grown to a population of 40 million people who end up eating food rations that turn out to be, well, people. And while New York’s population would have to grow a lot in a decade (by about 18 million, actually), to become a reality, complications of overpopulation that include scarce resources and pollution are still very real today.