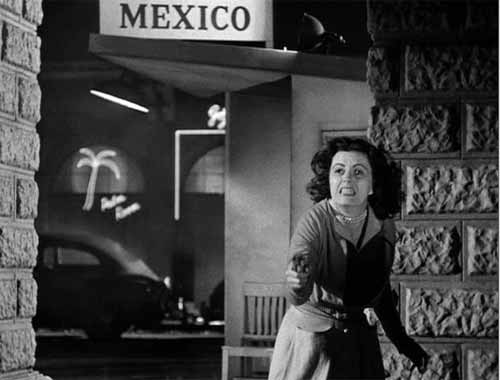 Slumped in your chair as life’s meaninglessness washed over you like lava made of Brad Pitt’s bubble gum, you may have zoned out for the most tattletale bit of Sunday night’s Oscars telecast. (If you just skipped the whole shebang, well—more power to you, Secretary Clinton. Good luck with the Syria thing.) After Octavia Spencer collected her Best Supporting Actress statue for playing a grumpy maid in The Help—proves how far we’ve come since Hattie McDaniel’s win for Gone With the Wind now doesn’t it?—host Billy Crystal introduced a skit mocking the dim-witted ways a bumpkin focus group might have reacted to a test screening of The Wizard of Oz, from mistaking the Munchkins for children to urging the hapless studio rep (Bob Balaban) to ditch “Over the Rainbow.” Ho ho ho.

The point, you see, was that the moviegoing public is a bunch of cretins. Not the studios, who of course invented test screenings in the first place. In other words, don’t blame Hollywood if movies are bad. They’re bad because we’re stupid—and we have too much power. In a further inside-joke twist, the focus-group clods were played by Christopher Guest’s stock company: Catherine O’Hara, Eugene Levy, Fred Willard, et. al. Guest’s specialty is movies (e.g., Waiting for Guffman) about delusional “little people” who behave as if they’re celebrities.

It always cheers me up when movieland’s closet hatred of the audience comes out. Better that than the show’s talking-head montage of screen luminaries earnestly reflecting on what the movies mean to them, which might have been more forgivable if someone had blurted out “a fortune” or “more sex than I can handle” at some point.

Otherwise, this year’s Oscars mostly proved that a briskly paced, efficient Oscars show can somehow be every bit as soporific—and weirder still, less entertaining—than the bedraggled and endless ones we fried-eyed veterans are used to. Nothing could overcome the drag of no movies in contention that the public was remotely jazzed about (for all its charm, The Artist is a coterie taste, and its win mostly testified to how bare Mother Hollywood’s cupboard was this year). And any Oscar night whose big upset winner is Meryl Streep is not an Oscar night packed with suspense.

When it comes to highlights, I’d probably have better luck scraping for them in my cats’ litter box, but I’ll try. Yes, Descendants co-writer Jim Rash’s onstage parody of Best Screenplay presenter Angelina Jolie’s cocked-hip va-va-voom pose was funny, though hardly the Great Moment in Impudence it was made out to be by viewers starved for seditiousness. And despite my annoyance with the gimmick of saucing up the boring technical awards with vamping comedy bits by the presenters—it must make the not-famous winners feel so welcome—Emma Stone’s giddy routine with Ben Stiller before handing out the Best Digital Effects statuette was miles better (not to mention better casting) than her whole performance in The Help. Not so Sacha Baron Cohen’s hopelessly unfunny slapstick on the red carpet, which only managed to make me tired of Cohen’s The Dictator a good two months ahead of its release.

As for Billy Crystal, he did look a mite weary at being hauled out of the freezer yet again to save the day after original host Eddie Murphy vamoosed in deposed producer Brett Ratner’s foul wake. It didn’t help much that Crystal looked as if he’d been summoned direct from the set of a TV pilot called Henny the Talking Liver and hadn’t had time to change makeup. But if the test of a true pro is being able to fake delivering the goods when you don’t have any to deliver, give him credit for being a pro. That he wasn’t remotely interested in what he was doing hardly got in the way at all—and showed good judgment in the bargain.

Fun footnote: As it happens, someone did urge the makers of The Wizard of Oz to lose “Over the Rainbow” before the movie’s release in 1939. But it wasn’t a ninny at a test screening. It was the boss of M-G-M, Louis B. Mayer, and he very nearly got his wish. Hollywood scholars that they are, both Guest and Bob Balaban—whose uncle Barney headed up Paramount in those days—probably know it, too. But since the odds of ever seeing an Oscar spoof from Guest and company starring a moronic studio head are beyond nil, I guess we’ll just have to take the rap for how bad movies are in good grace. Murmur along with me, like Sidney Carton ascending the scaffold: “It is a far, far better thing we do … ”