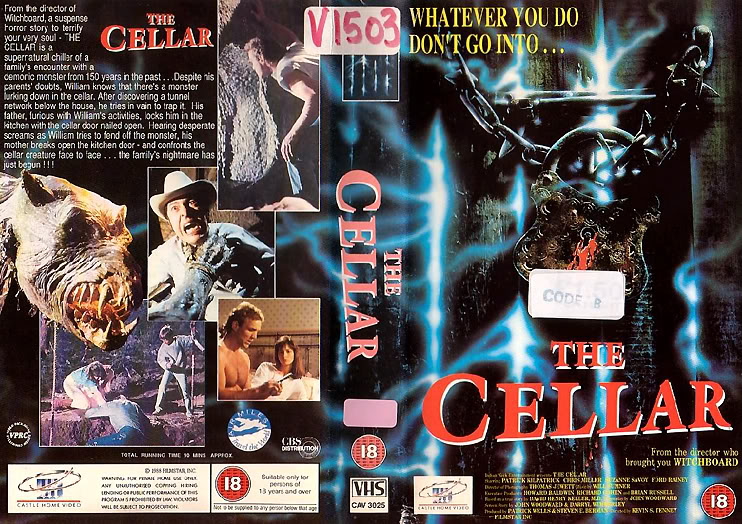 Comanche Indians have trapped the evil of their land in a monster made up of a mixture of other animals. The Comanche have placed a protective spear in the ground to contain the evil. A young boy pulls the spear from the ground while pocketing a rabbit foot talisman. He starts to play with the spear. A Comanche catches the boy, and startled, he runs away with the rabbit’s foot. The Native American places the spear back, realizing too late that the rabbits foot is now gone. After that, white men come and start drilling for oil.

Skip to current time, a divorced father, Mance Cashen (played by Patrick Kilpatrick), moves to the area with his new wife, baby, and his son from his first marriage, Willy (played by Chris Miller), who is visiting. Willy notices something peculiar in the house and tries to warn his father and step-mother. They do not believe him. Willy is attacked while on a tire swing over a small water hole. The creature grabs his foot and Willy struggles, eventually getting away. He eventually befriends the local drunk, T. C. van Houten (played by Ford Rainey). A nice old man with some bad memories who knows something about the evil near the oil well and was in a situation similar to Willy’s.

In the meantime a Comanche Indian, Chief Sam John (played by Michael Wren), comes to warn Mance of the evil and the need to keep it contained. Sam John informs Mance the evil was originally intended to stop the white man, but it is indiscriminate in whom it kills instead. Mance will have none of it. Willy eventually takes a spear he finds on his property to Sam John and tries to find out what is going on. Sam John convinces Willy to promise to stay out of the cellar and come get him if anything happens.

Willy, of course, has plans of his own and sets booby traps in the basement. He plans to trap it in sight so he can prove he isn’t lying. As he lays the traps the creature gives him a scare and Willy runs away. T. C. dies shortly after by the evil. Willy decides to be more bold and makes another trip to the basement in order to stop the monster. This time armed with a flame thrower, electrical cables, and a lucky rabbits foot. The monster interrupts him and Willy must run away again.

Willy takes his Mance’s ex-boss’s son, Tommy Boatwright (played by Alex Pederson), with him to the water hole in order to set up bait for the monster. Tommy falls in and the monster eats him. The police suspect foul play from Mance on account of him being fired. Mance locks Willy in the kitchen with the cellar door nailed open to scare him into reality only to find out Willy was telling the truth. Willy electrocutes the monster, saving his dad. But the monster is only stunned. Mance disappears and Willy, his step-mom, and the baby escape. Willy grabs some dynamite and rigs it up for the monster. Mance escapes through the tunnels to the water hole. Mance and Willy blow the monster up together while escaping.