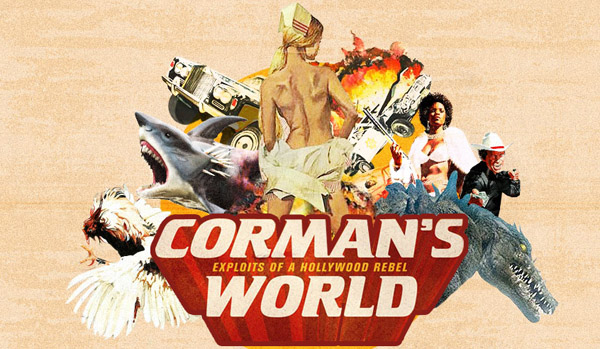 Corman’s World: Exploits Of A Hollywood Rebel is an A-plus documentary tribute to Hollywood’s legendary B movie writer/director/producer who’s been exciting and delighting fans for some six decades of low-budget, completely independent, do-or-die, uniquely styled filmmaking.

But, Roger Corman’s achievements are grander than the 400-plus movie titles he has to his credit. The prolific Corman also launched the careers of Martin Scorsese, Ron Howard, Paul W.S. Anderson, Peter Bogdanovich, Robert De Niro, Peter Fonda, Pam Grier, Jack Nicholson, William Shatner and scores of other cinema luminaries, many of whom tell their tales of Corman in this entertaining entertainment documentary.

Then there’s the impressive list of classic foreign films directed by Ingmar Bergman, François Truffaut, Federico Fellini, and Akira Kurosawa, among others, that were introduced to American audiences by Hollywood’s schlock king.

Interviewed extensively in the film, Corman, now in his 80s and as full of energy as he is memories, is a great leading man.

Anyone who loves movies, will love this film. So, it’s a good thing that it will be available on DVD on March 27. Meanwhile, bone up on your Corman B movies and read my full review.