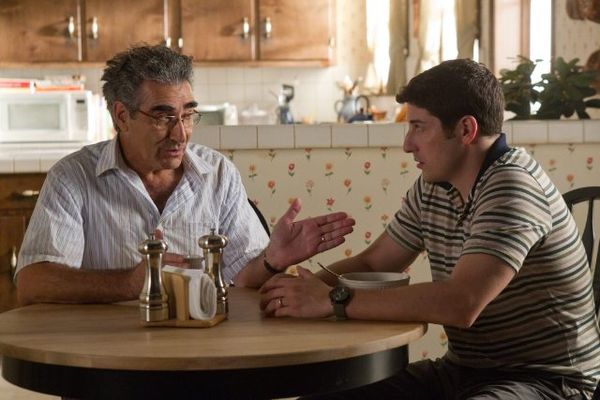 Next month, the horndogs of “American Pie” return to the American consciousness with “American Reunion,” the first time in nearly a decade that the likes of Jim, Finch and Stifler will be on the big screen together. The movie, which comes out April 6, hopes to tap into the recent boom in R-rated comedies that the “American Pie” franchise helped create.

The fourquel is a reboot of sorts, and the “Harold & Kumar” filmmakers in charge of it are treating the new film (the first theatrical piece since “American Wedding’ in 2008) as, well, a reunion, with the students of Michigan’s East Great Falls getting together for their high school reunion. (They graduated in 1999, so the new movie is either set a few years ago or they do things differently in Michigan.)

Normally a long hiatus might mean a fresh start on the jokes; after all, today’s all-important college audience was barely out of the finger-painting stage when the first movie came out.

But the new comedy — from “Harold & Kumar’s” team of Jon Hurwitz-Hayden Schlossberg and starring Jason Biggs, Sean William Scott and pretty much the rest of the “American Pie” crew — doesn’t shy away from the inside references.

Paul Weitz, who directed the first film and had a far less involved role on this one as an executive producer, said he was struck upon reading the script by how deep inside the first movie the new story went.

Which means the new movie goes well beyond the apple-pie and webcam jokes that became part of the comic vernacular.

Weitz rewatched “American Pie” recently, he said, and found his initial reaction to the “Reunion” script confirmed. “I was shocked to realize how many in-jokes there were in the new film,” he said. “But that’s how it happens at a high school reunion, so it all kind of fits.”