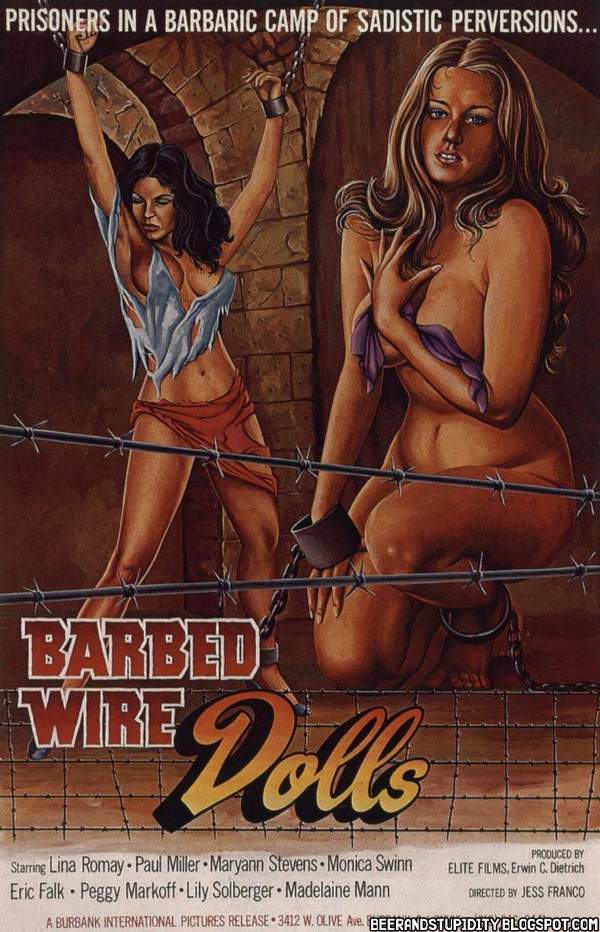 Women in Prison movies come in several styles, ranging from tongue-in-cheek camp to disturbingly sadistic shockfests. Barbed Wire Dolls is a Jess Franco flick, so, as expected, it doesn’t really fit into any pigeonhole. Overall, it feels like watching a repressed old man’s secret fantasies, reenacted half-assedly over the course of a three-day weekend by Franco’s friends in exchange for a free flight ticket. The extremely low budget is clearly visible in every aspect of the movie, including the film quality, which is barely a step above that of a Mexican soap opera or 80s late-night infomercial.

Watching Frauengefangnis is like performing an experiment on yourself. The painfully slow pace, downbeat soundtrack, eternal scenes of pointless verbal abuse, mock torture, and idiotic dialog gradually turn your brain into glue. The movie is so sleazy, depressing, and confusing, that it’s almost unwatchable in one sitting.

The creepy effect of this movie doesn’t come from graphic violence, as there is none. What’s disturbing is how tame and lifeless everything feels, given what’s supposed to be taking place. For example, it’s unnerving to watch a woman laugh while she gets tortured. The laughing isn’t part of the script, but on more than one occasion, actresses in this movie unintentionally crack up throughout what’s supposed to be a torture or a rape scene. The effect it at once comical, disorienting and depressing.