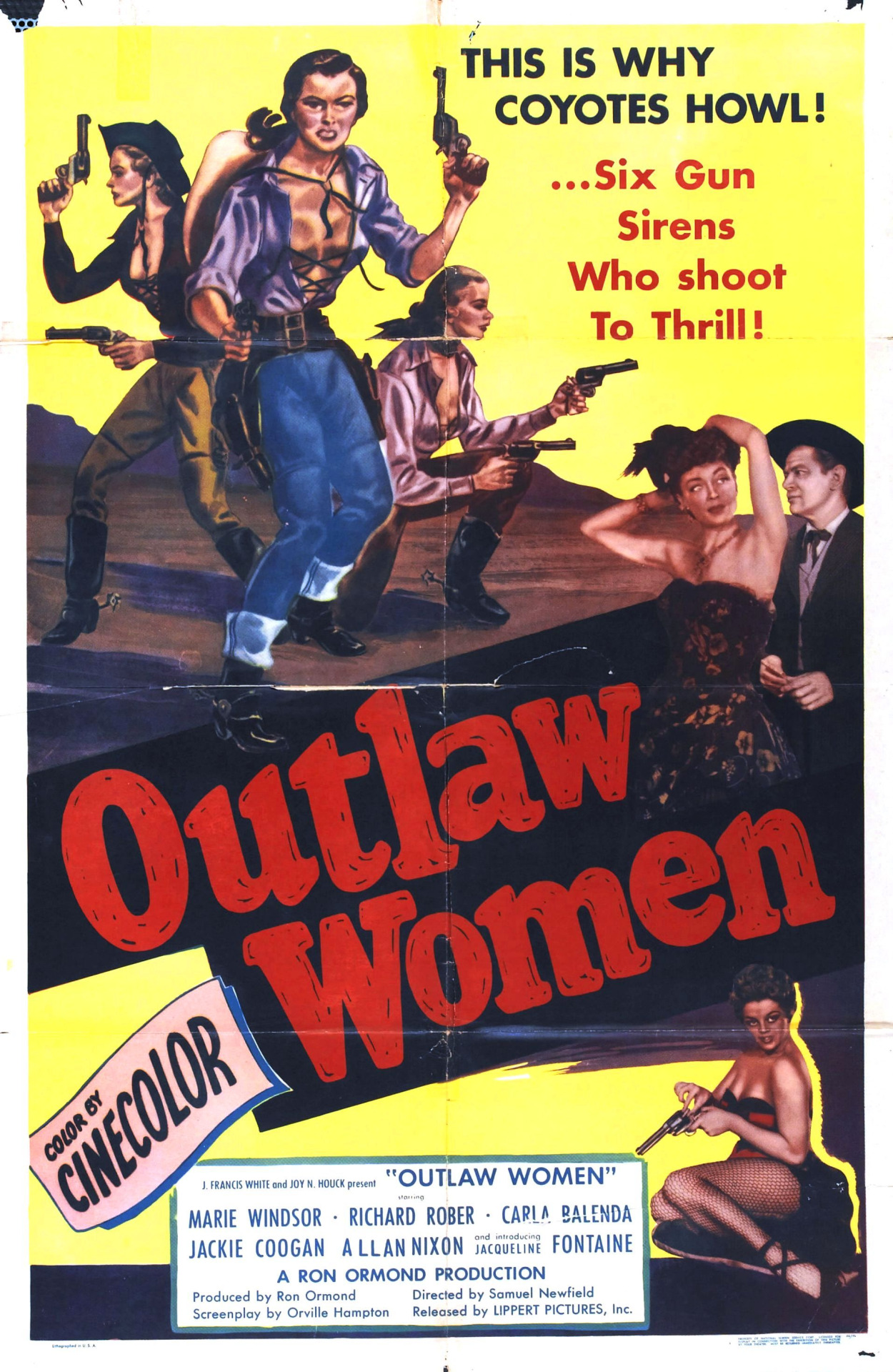 Marie Windsor who played more bad girls and tough dames than anyone else in the Fifties stars in Outlaw Women which is a misleading title if there ever was one. In fact they’re not outlaws and get themselves in a mess of trouble when they turn down an offer to be outlaws. Not that they don’t take the law in their own hands.

In fact it’s their town, a place called Las Mujeres where the women call the tune. The local saloon is run by Marie and she’s got a nice little army of female enforcers including a bouncer played by the Amazonian Maria Hart. When the town needs a doctor they just kidnap one in the person of Allan Nixon.

Gambler Richard Rober and sidekick Jackie Coogan also come to Las Mujeres. Rober has some history with Windsor, but he’s got a more legal way to do things and uses a gimmick that was an aberrant of history, something not corrected in most places until after World War I. I’ll let you see the film to find out what it is.

But Rober and Windsor still have to deal with some nasty real male outlaws and the final shootout should satisfy any western fan.

No great production values, but an interesting and entertaining western from Lippert.