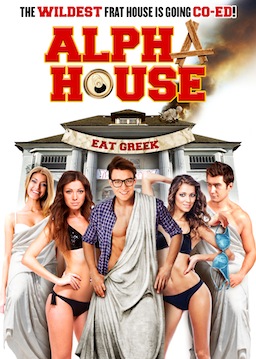 ALPHA HOUSE is a low brow frat comedy that is pure fun for fans of raunchy comedies.  There’s an abundance of crude, comedy, eye candy, and is ideal for a late night movie to top off a busy day and to de-stress.

When the biggest party frat on campus (ALPHA HOUSE) is forced by the assistant dean to share their house with a sorority or face ejection from school, the boys wage an epic battle of the sexes to fight for their right to party. 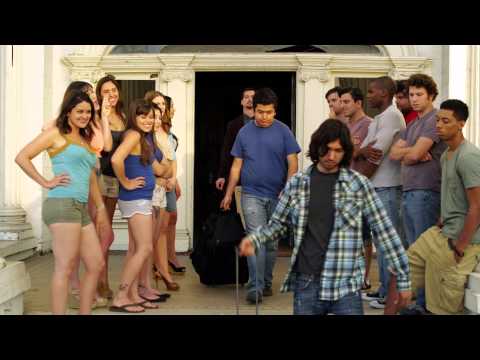 Cameron (Julien Ari) and Zack (Chris O’Brien) joined Alpha House for one reason only…to party!  Due to a sorority joining Alpha House to destroy their partying reputation the frat sees their college dreams of 24/7 partying is in jeopardy when the girls move in.  The guys are frustrated as hell when Kelly (Heather Paige Cohn) and company, including Abby (Mindy Robinson) start cleaning and prettying up the house.  Granted they do appreciate the girls titillating method of cleaning.  However, they can’t and won’t lose focus of getting the girls to leave so they can turn it back into a party house. 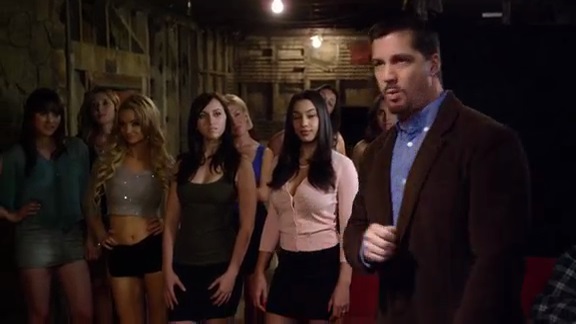 The battles and lewd attempts at getting the girls to leave are entertaining and comical, and fun especially when playing boob pong.  The girls counter with their own attacksin attempt to get the house to themselves.   Kelly’s own plans start to get some of the guys kicked out of the house, but she loses a few of her own in the process.  The Associate Dean Marshall (D.C. Douglas) sides with the girls and wants to help them get the house, however it appears he may a plan of his own. 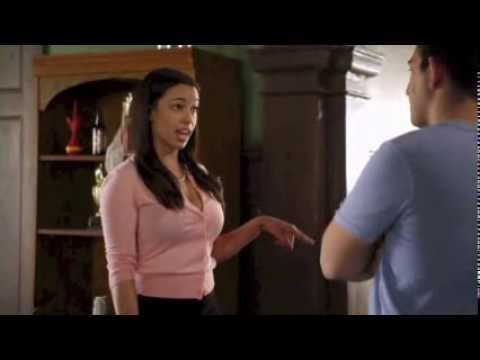 As the guys and girls continue to get booted from the house due to violations of school policies and both sides get desperate.  With their plans failing, drastic steps are taken and the outrageousness in the film increases and there’s yet even more smuttiness included.  After all the chaos and deception, both sides are in terrible trouble and they may need each other to save the existence of Alpha House due to Dean Marshall sinister plan.  The girls and guys concoct a plan that’s bizarre, kinky, disturbing, and hilarious.  Not really a spoiler alert, but in the end, everything ends well for both the girls and guys.

ALPHA HOUSE currently is on Netflix, for more information visit The Asylum’s website.