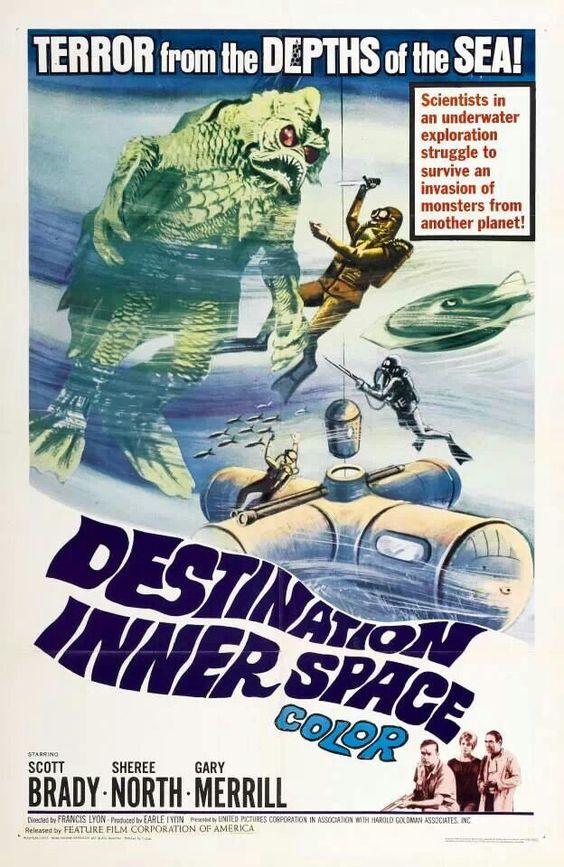 Destination Inner Space is our own Earth’s oceans and some folks from another planet are showing an interest in it as a place to live. A group of scientists headed by Gary Merrill who live in an under water sea lab discovers a phenomenon of incredible size and the Navy sends Commander Scott Brady to investigate.

The usual conflict between scientists and the military plays out with Brady and Merrill. In addition Brady has a conflict with another of the of the sea lab’s crew Mike Road.

The phenomenon turns out to be a space ship that settles in one of the crevices under the ocean and it’s containing pods that are in a deep freeze. Stupidly the crew takes one aboard and it hatches into a cousin of the creature from the black lagoon though light years smarter. After that the film becomes almost a rerun of the classic, The Thing.

Serving as decoration are scientists Sheree North and Wende Wagner. That’s for the male audience to get them to the film if they’re not science fiction fans.

Destination Inner Space though the science may not be creditable it’s still good fodder in the fiction department.