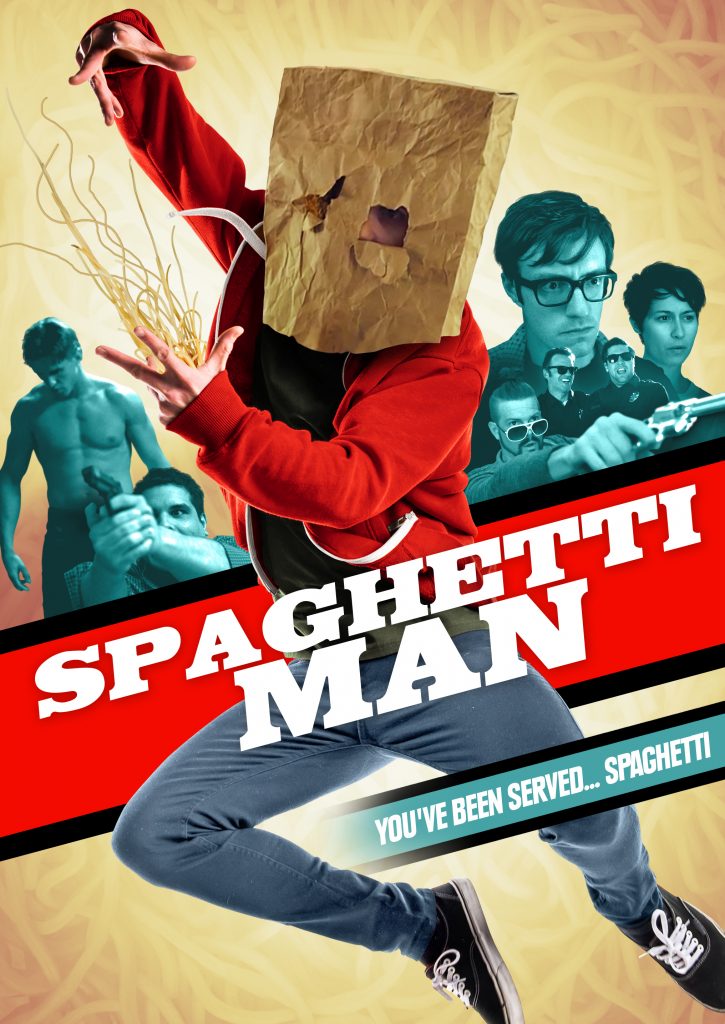 Considering it’s a crazy superhero concept and low budget, it is an entertaining film that was well done.  There is the traditional superhero concept of a regular person gaining superhero powers by a bizarre phenomenon.  However, you won’t see the typical powers of superhuman strength, ability to fly, x-ray vision, for example, but you will see a superhero urinate spaghetti. 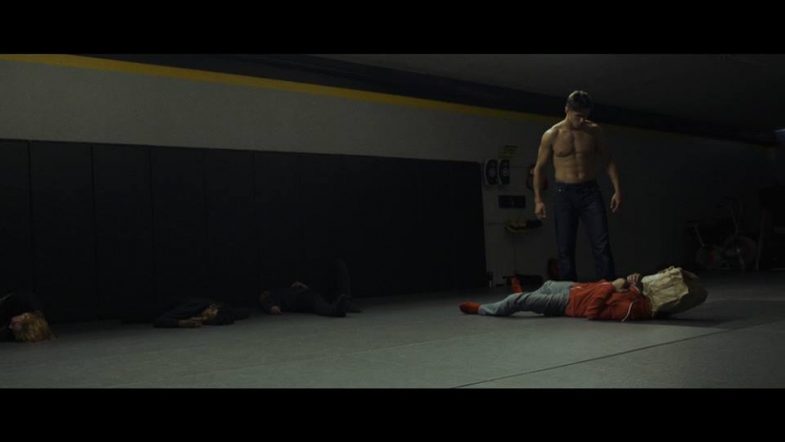 Sling off, Spidey. Growl elsewhere, Bats. Come back down to earth, Guardians. … There’s a new superhero in town and his name is SPAGHETTIMAN! Audiences will finally get to curl their fork around one of the tastiest treats of the year when Spaghettiman hits theaters and VOD this Fall from Uncork’d Entertainment!The traveling roadshow of theatrical screenings kicks off in Los Angeles with the hilarious stench of Bolognese surrounding the Los Feliz Theatre on 9/24.

A cylindrical comedy drenched in tomato paste, director Mark Potts’ Spaghettiman has gone down a treat at festivals where it had audiences in stitches and had critics calling it “Deadpool meets The Big Lebowski” (DC Filmdom) “fun, daring..” (Screen Anarchy)  and “Genuinely and surprisingly funny” (Edward Douglas).

SPAGHETTIMAN will be available on digital this Fall. 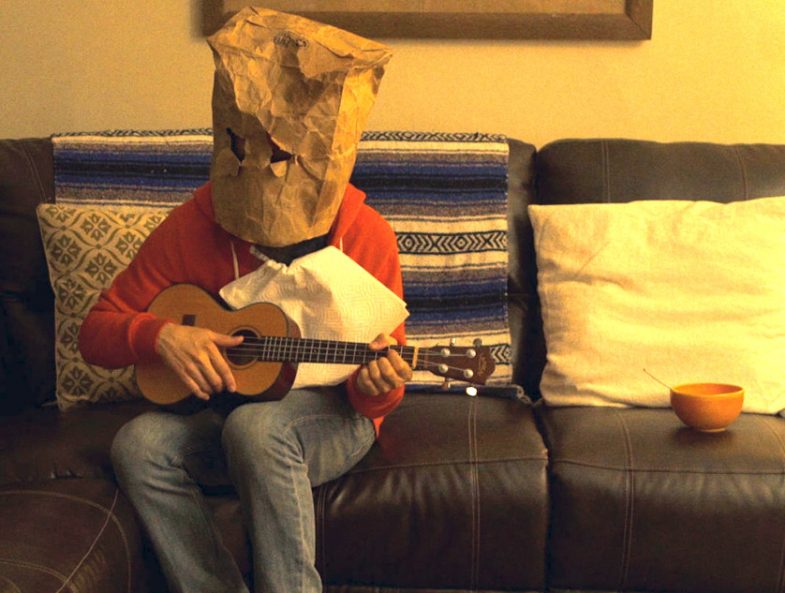