The Asylum has been making films for more than twenty years.   Since the beginning, audiences mainly sci-fi fans took to their mockbuster style and a large cult following was generated.  However, The Asylum is so much more than mockbusters as they make films of most genres.  Recently, The Asylum has gotten into animation with their film IZZIE’S WAY HOME.  Their films typically are available on either VOD or DVD, and are aired on many channels including Lifetime, Animal Planet, Fuse TV, HBO, Showtime, and Syfy.

The Asylum is constantly adjusting to the market and trends.  They move faster than any big budget production company and have made over 200 films including, horror, mutant, creature, thrillers, and comedy films.  Their filming typically is only 12-14 days and a pre and post production that is quick and efficient.  Their reputation for meeting stringent deadlines and budget constraints has persuaded many companies to approach The Asylum to make films for them.

All of The Asylum’s productions are in-house and the team members are constantly busy with development, production, and marketing.  The directors, actors, editors, composers,and special effects team have the job of fulfilling the creativity of a film.  Internally at The Asylum, a lot of credit goes to all the coordinators, managers, developers, and people in charge of sales and marketing.  At the Asylum’s office they put a lot of work into making sure the film is completed and delivered on time and all the critical components in between starting with development. 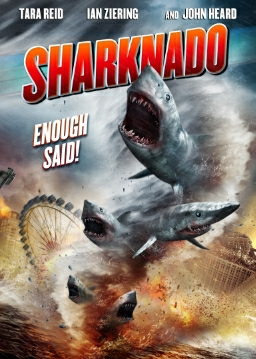 The Asylum successfully makes on average two dozen films annually and does not lose any money.   Their business plan is predominantly based on client requests.   There’s a lot of creative brainstorming within the company that varies depending on how much inputeach client provides.  The Asylum’s Head of Development Micho Rutare provides some invaluable information about how a film’s concept comes about and the development.

“In general, the Asylum is a sales-driven company; the vast majority of projects that go into production are already pre-sold, so the development process for those titles, to a large degree, is dictated by the buyer,” Rutare tells.  “Historically, the company’s bread and butter has been pre-selling rights to titles internationally, then using that revenue to fund production. So on the development side, we try to glean as much as we can about what the buyers are looking for, then craft a story to fit that purpose. Functionally, this tends to be an exercise in genre; they’re usually not looking for anything specific in terms of story beats, so we lean into whatever the genre is. If it’s a disaster movie, we try to craft the story so that a big disaster beat lands every ten minutes or so. The magic happens when the premise we’re given defies a left brain mentality: we once had to figure out how an iceberg can a) travel 200 mph and b) radically change the climate of earth, ushering in a new ice age. Tackling these absurd challenges (Sharknado was another one) is a sublime, almost zen exercise. The kind of over-the-top campy insanity the Asylum is known for is actually a studied, carefully calibrated approach to the demands of genre and the marketplace”. 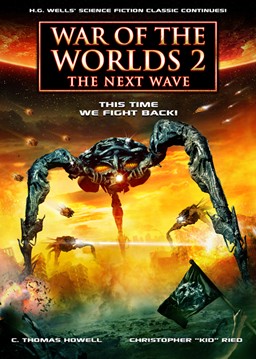 With each film having its own strategic plan of action, it’s critical to get a working screenplay in a short time period.  Therefore they rely on writers that are familiar with The Asylum and typical client standards as Rutare explains, “Once we rough out the story beats, I’ll find a writer who is appropriate for the project. We tend to hire people we’ve worked with before; because we’re constantly in production and juggling so many projects in development, it’s more efficient when the writer knows the ropes and can be plugged into a project without a lot of friction.”

The Asylum is constantly adjusting their business approach to filmmaker as Rutare talks about keeping pace with the ever changing market. “Increasingly, we are transitioning to making content directly for TV and SVOD. The development of those projects is tailored to what the network tells us about their brands and audiences. The process is different with every partner–some TV execs are very hands-on and weigh in on every creative decision; others just want to see the finished product. In either case, we try to be as plug and play as possible, and development is part of that. We want to be seen as the “Hot n Ready” option to potential buyers and network partners–fast, cheap, and (arguably) delicious.” 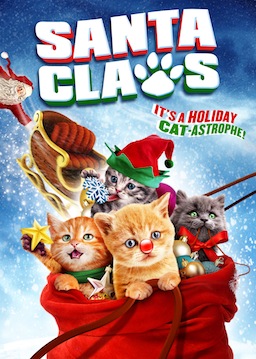 The entertainment industry is a rapid changing business and with growing overseas demands and VOD services booming, contracts with clients/buyers can be complex.   The Asylum has clients around the world for DVD sales, VOD, and theatrical releases.  Each film’s contract with buyers typically requires negotiations and modifications which occasionally may be a long and painstaking process.  In charge of all the contracts at The Asylum is Contracts and Rights Manger Courtney Kensington.  She works directly with The Asylum executives and with buyers finalizing agreements and contracts for each film.  “All of our contracts are generated using the Rights Management program we use called FILMTRACK,” tells Kensington.  “It’s part of my responsibility to enter in all of the information from a deal into this service. Then once everything is entered, I am able to generate a word document that displays all of the data in a particular format. My supervisor and I will then look over the Word Document to make further revisions or additions. Once completed on our end, we will send the contract along to our buyer for them to further comment.  There can be a lot of back and forth until both parties agree on all revisions. When all revisions are made, both parties will sign, and our contract is complete! With the data already entered into FilmTrack for our contract, this program will then allow me to generate invoices for the license fee.  Then with all of the data ever entered for every deal ever made here at The Asylum, I am able to run all sorts of reports for accounting, sales, and availability purposes.” 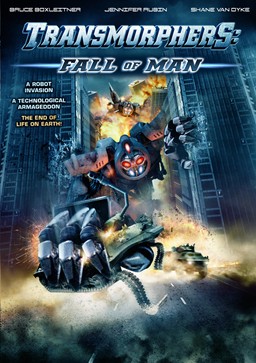 Distribution, release dates, and platforms for which a film is released on isa meticulous process.  Many times independent filmmakers and even production companies have to endure a lot of red tape to get films released on time.  The Asylum is a company of their word and before a film is completed they typically have announced a release date and they stick to that date.  Judith Ramirez the Director of Home Entertainment & Distributionat The Asylum is in charge of making sure all the deliverables are on time.  Ramirez wears many hats at The Asylum, but her main role is a project manager thatheads up the coordination efforts with the teams for each and every film. “I help the Executives and Sales with scheduling our Films release dates,” Ramirez tells.  “I work directly with each department making sure we’re on track to deliver to all the various Digital Platforms, TV Networks, and Worldwide deals. Global wrangler and pipeline of information”. 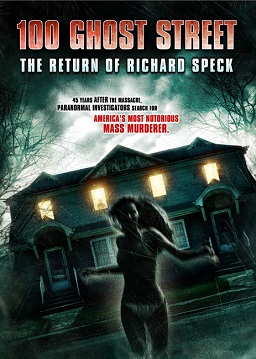 When principal photography is completed and it moves in to post production,that’s when Tiffany Cruz the Post Production Coordinator at The Asylum works diligently with team members throughout one of the final and tedious processes of making a film.  Cruz’s duties have a vast and varied range as she works with multiple personnel and departments.

Her multitasking and organizational skills are top-notch and need to be in order to handle the high pressure situations.  For each film made by The Asylum she will oversee the day to day operations of the entire Post Production department along with assisting supervisors and executives with daily tasks.  During post production, the edit bays are in use 24/7 and these areas must be properly maintained for the editors and directors.  Cruz keeps the edit bays and entire post production facility organized and clean, including all the daily digital archiving. She makes sure production has enough hard drive storage for each project and manages the post production assets and has vendors standing by for when inventory is needed immediately.  She works directly with the VFX department rendering out final comps, providing sound reference video reels for the Sound Department, and she’s on top of any post production related trouble shooting including all editing repairs and issues that arise.  She also is in charge of training all the assistant editors.

As post production proceeds, Cruz will project manage the workflow making sure everything is on schedule to meet the stringent deadlines.  Once the project is finalized and ready for distribution, she will work with the Traffic Manager to coordinate timely deliveries of assets to clients and vendors.  This includes digital delivery of hard drives, utilizing FTP and Aspera electronic transfers, and tape deliveries using HDCam-SR.  So, keep in mind when you see an Asylum member post a pic on a social site announcing that filming has wrapped up, Cruz is waiting and ready to take the reins and get that film through post production and out for distribution.

The challenges of sales is like no other job as it requires exceptional people skills as well as being confident, competent, and have the right attitude.  Maeve Harris handles the sales at The Asylum and on a daily basis utilizes her skill sets so The Asylum can sell their film to clients and make another film with its cash flow.  Harris’ responsibilities are critical to The Asylum as she outlines her job descriptions.

PITCHING:
“I pitch the titles to our distributors, who source our product into physical retailers and digital platforms. I also pitch to some platforms and cable companies who we have direct relationships with.”

METADATA:
“For every title, I organize and circulate, both internally and externally, the Asylum’s metadata, which are the key pointssuch as director, writer, cast & their top credits, long and short synopses, genres, runtimes, etc.  I source this metadata information that accompanies each delivery.”

MARKETING DECKS:
“I create the marketing decks for each title.  We send these decks to our distributors and buyers. Marketing decks include key art, sales points, any PR info, and different angles that could help peak interest to any given title.”

COORDINATE RELEASE DATES AND DEADLINES:
“I liaise between our domestic distributors and internally with the partners & post team to help find the best release date for each title.I make sure our titles go live on the digital platforms on their release date.”

VISIBILITY:
“I work to get the most visibility possible for our titles on the digital platforms and in the stores. Homepage placement or end-cap placement, if we’re talking physical retailers is ideal, and engaging in sales and also providing specials are key for good business!” 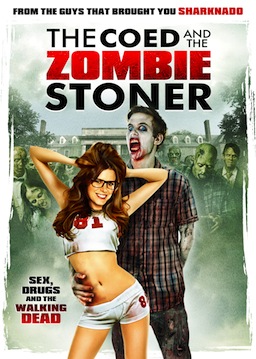 When it comes to Marketing and Delivery at The Asylum Sara is the go-to person. She coordinates the assets from each department and prepares materials to be delivered.  She works directly with artists in artwork approval for each film, making sure everything is delivered on time. Sara is vital to the legal department; handling contracts for cast and crew, writers, editors, and directors. She also handles documents for SAG, banking, licensing, and copyright, among others. Sara is a true jack-of-all-trades. Without her, The Asylum would truly live up to its namesake. 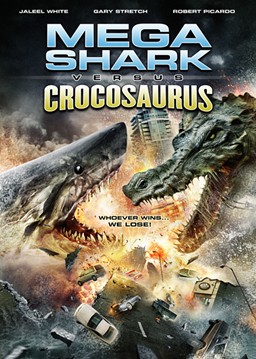 In summary, The Asylum is a client based full service Production Company that handles all aspects of filmmaking in-house.  They have a full time team that works around the clock from concept through distribution.  In addition to the highlighted team members in this article, there are more hard working employees that put their heart and soul into making films.