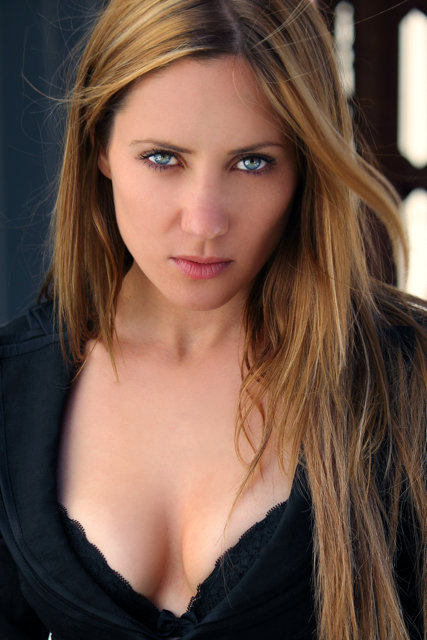 “Jessica is a true gem in the acting world!”
Director Vito Trabucco

Actress, Director, Producer, and Writer Jessica Sonneborn thrives on acting in roles where she is a complicated character with a wide range that transforms throughout the story. Her performance in films captivates the audience from the moment she’s on screen. That’s why Director Vito Trabucco has the utmost respect for her and her acting skills, “You can always tell how much you love an actor or actress by how many times you use them. Well, Jessica has been in both of my features, and will be starring in my next one. She’s fun to work with, and super talented. Being easy on the eyes is just a bonus. Jessica is a true gem in the acting world! I’d work with her on every movie if I could,” shared Trabucco.

Sonneborn also writes screenplays and when she writes she mentally lives and breathes the story and characters. When directing her creativity, imagination, and decisiveness shines as she turns the screenplay into a highly entertaining film. When Sonneborn makes a film, during pre-production she will diligently search for the perfect cast and crew that is fun to work with, yet willing to put forth their best effort and dedication. Everyone needs to have the same vision as her, so she can give them freedom to do their job and do it to their full capacity in order to meet and exceed her expectations. Which is why her film ALICE D went on to win Best Horror Movie, Best Cinematography, and Best Director amongst a couple dozen more awards when it ran the festival circuit. 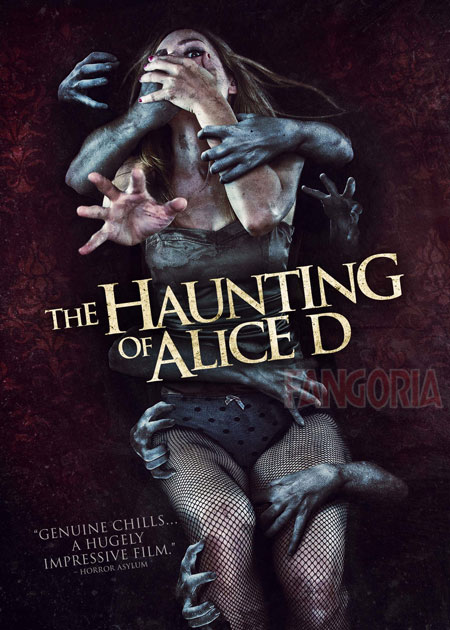 Directing ALICE D had its challenges due to a smaller budget, but Sonneborn’s experiences and expertise had her utilizing whatever resources were available. She knew the perfect house for ALICE D once she saw it and by selecting a 9,000 sq. ft. mansion she was able to film there and comfortably house a majority of the cast and crew. One of the crew members is Sonneborn’s friend and Costume Designer Deborah Venegas. She has worked with Sonneborn several times and has built a strong work relationship and friendship. Deborah greatly appreciates working with Sonneborn as she shares some of their filming experiences. 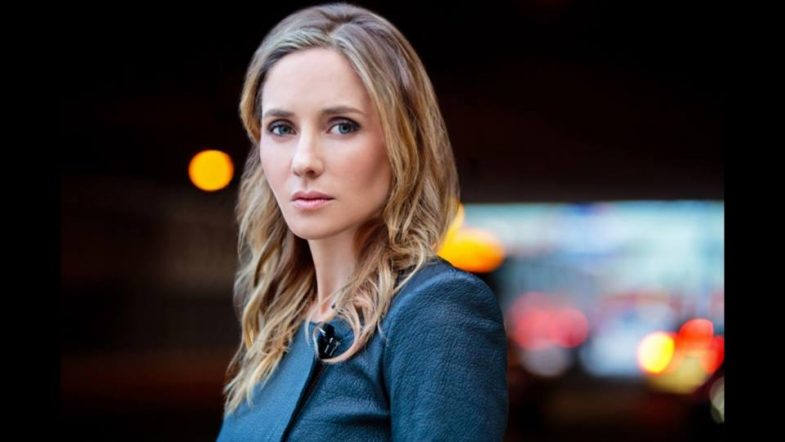 “Working with Jessica Sonneborn is great!” tells Venegas. “Wearing many hats can be stressful, but she does so gracefully. She selects the people she wants to work with, and she trusts them to do what she needs. Once you’re on her set you feel that trust, which makes it really great to be there because you get the sense that everyone there is doing what they love and that we’re all in it together. I think as a director and producer Jess has the ability to give us that as artists. I hopped on to Alice D pretty last minute. I couldn’t resist the offer to do a period piece in Rhode Island. The script looked fun, and after working on Never Open the Door and Bloody Bloody Bible Camp together, I already had fond memories of running around to Goodwills and my dad’s garage to grab last minute props and costumes with Jess. We also roomed together for both films which made it feel like we really did spend summer camp together a couple years. On Alice D I found myself working through Christmas week with no sleep in the basement of my parents’ house. I was there for the holidays. We were to start shooting shortly thereafter. I was so excited to be a part of this project. Jess had really envisioned this world and had taken the time to find the right location, the right team and to develop it in her story so I felt a certain duty to give her the best I had. We had to do finishing touches on set, and a lot of the work had to be ‘fly by the seat of my pants.’ We’d find out we got lucky and a few more extras were gonna come for the brothel scene or something and suddenly your pulling a ‘Sound ofMusic’ move and eyeing up the curtains as potential wardrobe. I’m pretty sure someone slept without bed sheets at some point. I remember thinking a few days into a snow storm I haven’t walked outside in days. The amazing thing is in all of this it never felt like work. It felt like one of those great moments in time when all the stars align and your just lucky to be a part of something that’s bigger than you. So that’s my take away from working with Sonneborn. Plus it doesn’t hurt that she’s got a great sense of humor!! 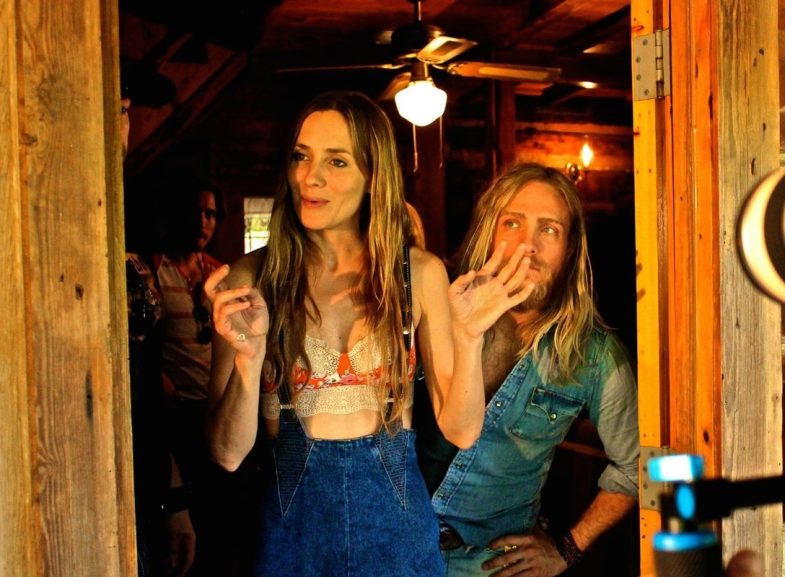 Recently she’s been tirelessly and aggressively acting in numerous films, while writing and producing her own films. Currently she’s writing a drama titled ANONYMOUS that is about family dynamics and substance abuse. Looking forward to this one coming to life and hitting the theatres in the future. In the meantime, here are some of Sonneborn’s films available or currently in production:

THE HAUNTING OF ALICE D (Horror)
In the late 1890s, Davenport House was a famously successful brothel, ruled with an iron fist by an owner notorious for his cruelty and insatiable greed. Virtually imprisoned inside these walls, young Alice was forced to endure years of brutality and sexual slavery—until she took murderous revenge on her captors and tragically ended her own life. More than a century later, the latest Davenport heir is hosting a decadent bash in the newly renovated mansion – complete with drugs, prostitutes and just one rule: Anything goes. But the fun has barely begun when strange, terrifying things begin to happen… Suddenly, the legend of Alice’s tormented ghost proves to be very real as the guests discover firsthand that vengeance never rests in peace!

DISRUPTED (Thriller)
A killing spree ensues when a psychopathic venture capitalist relentlessly tracks down the people who are using his stolen credit card.

DOG EAT DOG (Crime/Drama/Thriller)
Sonneborn plays a role of a judge opposite Nicholas Cage in this film about a crew of ex-cons that are hired by a Cleveland mafioso to kidnap the baby of a rival mobster.

THE HOUSE ACROSS THE STREET (Thriller/Horror)
Amy has moved east from Kansas, determined to start a new life. She thinks she has found the perfect small quiet town, a great neighborhood on a quiet street. As she moves into her brand new apartment, eager to start a dream job, happy to befriend her neighbors, she finds out that not everything is as it seems, especially at the house across the street.
The problem is Amy’s bold curiosity which gets her in trouble from time to time. Does she ignore the odd things happening at the house across the street, like her neighbors do, or does she satisfy her curiosity at the expense of losing everything, including her life?

DARK ROADS ’79 (Horror)
“Dark Roads 79” is a horror thriller set in 1979, about a southern rock band known as Dark Roads, who’s time in the spotlight has come to an abrupt end. To find a new sound and regain their fame and fortune, they head to a secluded cabin. until they discover that the front man of the band sold his soul for the fame and fortune and now the time has come to collect!

NEVER OPEN THE DOOR (Horror)
Three happy couples enjoy the holidays in a cozy secluded cabin in the woods when they are suddenly interrupted by an unprecedented event that will forever change their lives.

SILENCE (Thriller)
In the summer of 1996 Bruno meets Leah. 15 years later and with very different lives they reconnect through Facebook and start a virtual friendship. Bruno desperate to reconnect with his lost love begins to secretly text Leah. Despite the fact, that he is happily married, Bruno creates a separation of life as he knows it and facilitates a life he perilously wants, at a price that could cost him his family and sanity.

ONE NIGHT OF FEAR (Action/Horror/Thriller)
The story is inspired by true stories from The Ocala National Forest of how multiple Campers and Hikers Have vanished without a trace. 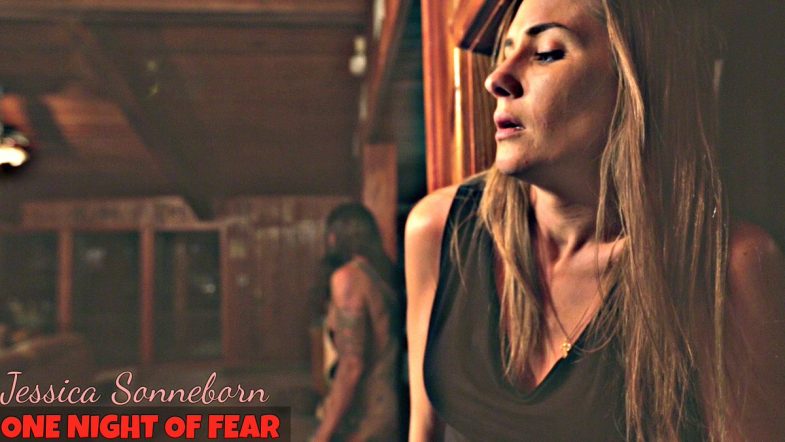 LIGHT WOUNDS (Biography/Drama)
Based on a true story of a family’s struggle when their son returns from the military and battles the onset of schizophrenia.

THE LETTER RED (Thriller)
A terrifying, modern adaptation of Shakespeare’s Macbeth set in Scotland, CA. Scorning the mediocrity of their mundane lives, John and Jane Macbeth carry out a horrific plan to make the American dream a reality.

WIDOW CREEK (Action/Adventure/Thriller)
A sheriff and seasoned FBI agent, race to save a group of women in the mountains of Appalachia as they’re hunted by a madman, who is pursued by a rogue bounty hunter seeking his fortune. Based on actual events.

PAIN IS BEAUTIFUL (Drama/Horror/Thriller)
William is a heavily scarred loner who was born with a rare disorder called CIPA, Congenital Insensitivity to Pain. He feels no pain and no pleasure. After years of wondering what pain feels like he decides to go to extreme measures by “recruiting” victims to help him understand what others take for granted. This story will take the audience on a emotional roller coaster ride to find out if William discovers if Pain is Beautiful.