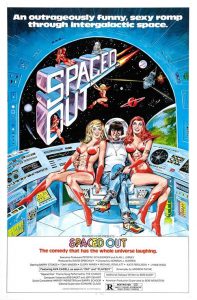 The cast is likable, in particular Tony Maiden who’s funny as the nerd suddenly turned space stud, and Bob Saget whom does the voice of a drugged out jukebox/advice machine, who’s only words of advice are more drugs. The female cast is quite attractive and manage to play out their roles with straight faces, with cute but aggressive Kate Ferguson looking like her character should be a member of a British punk rock band. And yes you do eventually get see them all naked, but by today’s standards this movie is actually pretty tame.