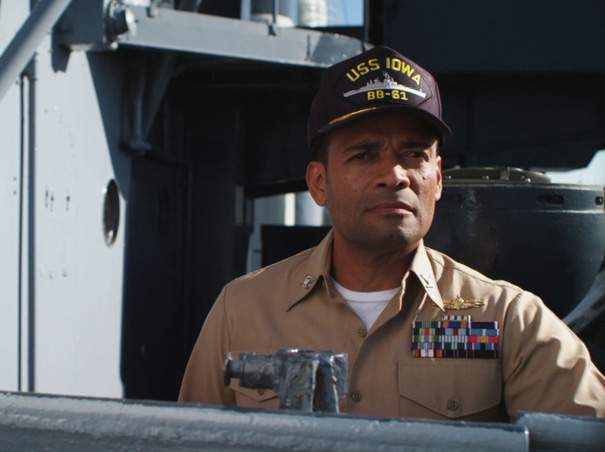 The film was produced by The Asylum, a company known for B-movies sometimes called “mockbusters” because of titles such as “Transmorphers” and “Titanic II” that play off already well-known movies. “American Battleship” will be released on home video in late May prior to the release of the Liam Neeson actioner “Battleship.”

“On a personal level, as filmmaker and a storyteller, I hate the term ‘mockbuster,'” said the film’s director, Thunder Levin, during a recent phone interview. “That’s not what I want to do, rip off someone else’s material.”

Prior to writing and directing “American Battleship,” Levin said he knew little of the Neeson film, which is based on the famous board game. He wrote “200 MPH” for The Asylum and previously made a zombie movie through private financing. After “200 MPH,” he was approached by The Asylum to create a film around a battleship and instructed not to write with a low budget in mind. He pitched ideas about an alien invasion and the USS Iowa at the heart of the story.

“Asylum is interesting in that way,” Levin said. “They want epic scripts, big action and don’t encourage writing to the budget. They want you to write the biggest, best thing to fulfill the story and then figure out a way to do it.”

Similar to what Roger Corman did in the 1970s and 1980s, it’s a financially successful niche that churns out beach party movies and monster movies (“2-Headed Shark Attack”) that aren’t too different from 1950s horror flicks. Many of these films are designed to ride the coattails of marketing campaigns of big studio films.