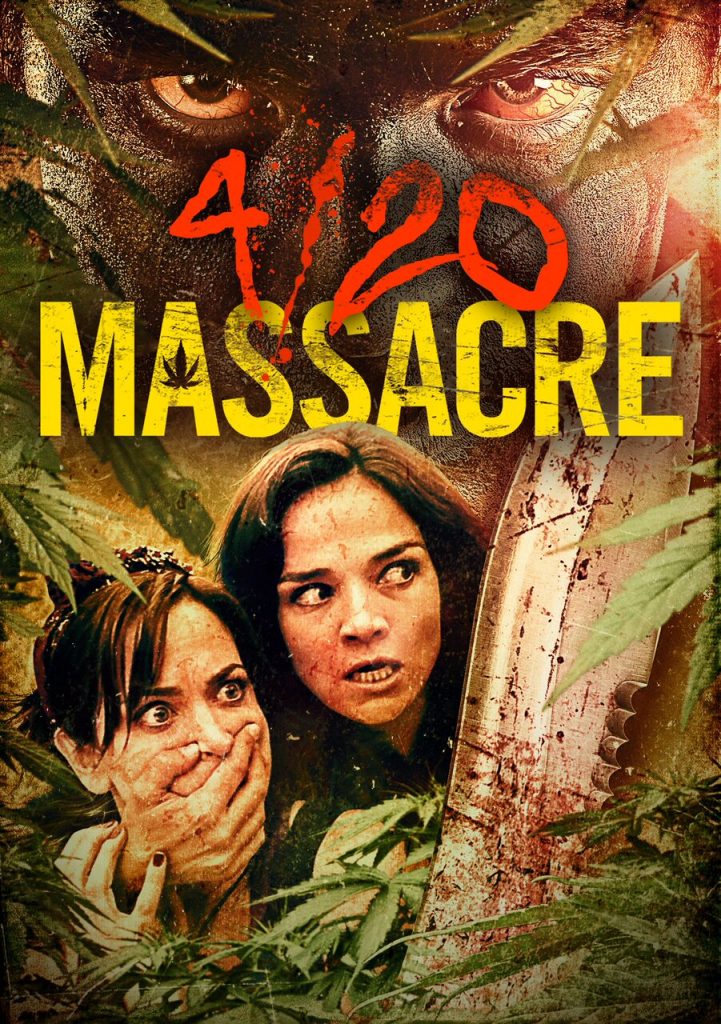 A group of five women go camping in the woods to celebrate a friend’s birthday over 4/20 weekend. But when they cross the turf of an illegal marijuana grow operation they must struggle to survive the living nightmare.

The film opens with a couple stoners in search of hidden weed fields to steal the product for themselves.  After attacked by a killer/creature one of the stoners is killed and the film’s tone is set that those protecting the fields will brutally take out anyone near their crops.  In reality, guerrilla growers are in a number of states including the mountains of California and it’s not uncommon to hear about killings by growers protecting their crops, so is 4/20 Massacre far-fetched, not necessarily. 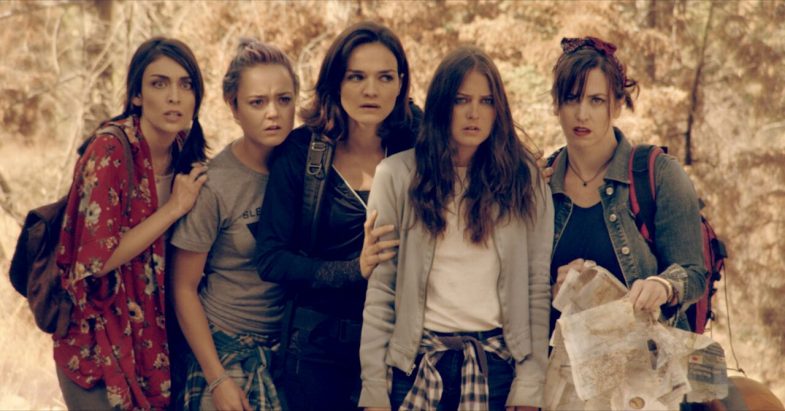 We then meet the five girls as they are heading out on a camping trip for some fun, bonding, and potentially elevating relationships to the next level, or hearts may be broken.  Each girl is unique and the audience gets to know them very well, including Rachel’s (Justine Wachsberger) passion and knowledge of marijuana. They’re all fun and laid back which makes them likable and enjoyable to watch.
As they hike to the campsite they run into Ranger Rick (Jim Storm) who is funny, creepy, and you have to appreciate how he makes the girls give him a beer before he delivers his warning and “or else,” speech. Now that the girls know to avoid any field, they go on their not so merry way to the campsite getting lost and the hike taking forever raises the tension amongst some of them.

The surviving reefer robber from the opening scene crosses paths with the girls.  He’s so freaked out and traumatized that he gives all the weed he stole to the girls and disappears into the forest.  They’re not done with run-ins as they bump into a hunter that refuses to stop shooting and an argument escalates. Once he’s given some of the stolen weed, and told by Rachel to “puff puff and not bang bang,” everyone is happy again. 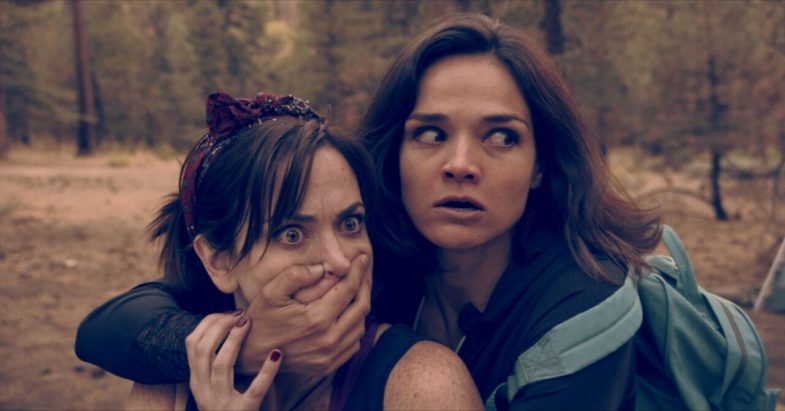 When the girls finally reach the campsite it’s set up camp and have fun.  They party hard, but Jess (Jamie Bernadette) is a bit more responsible and knows when to quit.  Now heavily baked, they want to check out some old spots they remember when camping there as kids and they head into different directions, except for Rachel who’s enjoying her alone time with her bong.

The girls are paired up and this is when we learn more about them and some intentions.  As we learn more about each girl, the killer has now found their camp and starts attacking. The girls and a couple others are taken out one by one.  There’s a twist at the climax which explains quite of bit and in retrospect sounds very logical for the killers actions, but regardless it’s still wrong to go around beheading people. 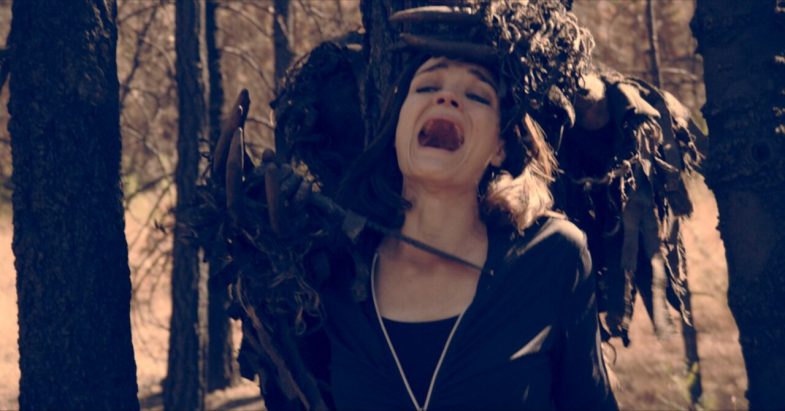 4/20 Massacre is a must see as it has a classic late 70’s early 80’s horror vibe and that’s not only because of the portable radio and cassette player the girls bring with them camping.  The film has a lot of funny one liners, some classic ones that I thought I only still used like, let’s blow this popsicle stand. There’s quality kills and even though it’s grotesque, you just have to laugh at the victim trying to put things back together, so to speak.  All the actors do an excellent job and Jamie Bernadette once again is a pleasure to watch and provides some kick ass fight scenes. Lastly, good ole Rachel will share some 4/20 facts and history behind why 4/20 is a marijuana holiday. Including the tradition of once the time is 4:20 on 4/20 you must pass the bong and everyone get as many hits as possible in one minute.

4/20 Massacre is premieres on VOD and DVD 4/3 from Film Chest which is just in time for the “The Official Holiday” for weed enthusiasts. To Keep current and for more information check out the Facebook and Twitter.
https://www.facebook.com/thehikeproductions/
https://twitter.com/Four20Massacre