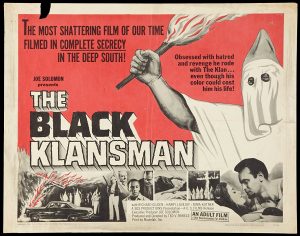 The story is set partially in the South in the 1960s. Despite civil rights laws, the Klan is strong and lynchings and fire bombings continue. And, following one of these incidents, a very light-skinned black man has had enough. He decides he’s going to pass as white and infiltrate the mob! What happens next you’ll need to see for yourself, but suffice to say that the film ends on a VERY exciting note–very exciting.

Reasonably well-written, very good and natural acting and competent direction. It sure makes you wonder what Mikels could have done if he had tried harder! Well worth seeing.

By the way, if you like this film, try another excellent low-budget film about race from this same era–“The Intruder” by Roger Corman.