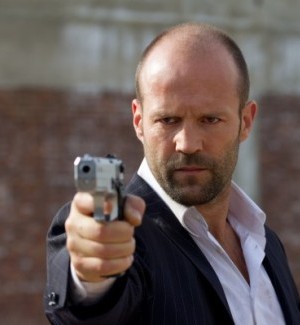 A slow-building B-movie thriller, “Safe” is nothing new for Jason Statham. A girl is in need of his protection from assorted gangs of bad men. But the dialogue crackles with flinty one-liners.

“Don’t lose sleep. He had it coming,” he tells bystanders after killing a boatload of bad guys.
He’s ready to get on with the serious citywide butt-whipping he’s about to lay on the Russian and Chinese mobs and New York cops on the take.

We meet Mei (Catherine Chan), who is in a Russian mobster’s office. He wants something from her. A number. He says he’ll subject her to “one of those tortures you people are so famous for.” Nobody thinks anything of menacing a little girl. Mei is 11.

Writer-director Boaz Yakin (“Remember the Titans,” “Uptown Girls”) keeps us off balance, spending much of the film’s first half-hour following Mei. She slips free of her captors, but only temporarily. That’s when Luke (Statham) sees her and finds, in her, a purpose: keep her “Safe.”

The dialogue and the characters are better than the plot. And the fights are better than even the one-liners. And Statham brings the pain. In the world of B-movie action, Statham’s still the safest bet there is.