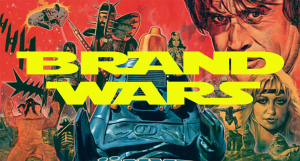 On thing that is consistent in the movie business is change. The movies have in the past lost audience confidence and have worked to slowly regain it. I feel though that we are in a time when the studios have completely forgotten about their core audience and are wandering aimlessly no longer understanding their purpose or their mission.

Movie content has for most of its history reflected the tastes of moviegoers. Movies emerged as popular entertainment within the ranks of working-class and immigrant audiences who could afford the ticket prices at simple nickelodeon movie houses. Movies during this period of time were attended by 26 million people a week. Moving from a program of movie shorts to feature films in the mid-1910s significantly narrowed economic gaps of the viewing audience, with movies becoming a form of entertainment that slowly but effectively brought the working and middle classes together as one audience, increasing attendance significantly. The emerging studios targeted certain segments of the population over others; these demographic groups tended to be defined along lines of age and gender rather than class. By 1922, 40 million film tickets were sold per week. By 1929 this number had increased to 90 million tickets per week.

In 1931, as a result of the Great Depression movie admissions dropped off by 12 percent to 70 million per week, and just one year later to 55 million per week. Over the next two years 4,000 theaters went out of business. And with American’s participation in World War II, audience composition changed dramatically: with a significant segment of the male population off fighting a war, Hollywood films targeted a predominantly female audience. This contributed to the rise in the 1940s of female movie genres which appealed to wives, girlfriends, daughters, and mothers of men who were deployed.

With the end of the war and soldiers re-entering society, the movie business was forced to compete with the new medium of television. Many middle-class American families were moving to the suburbs; along with the newfound emphasis on the nuclear family and less of an emphasis on an extended family. Hollywood reached its peak attendance in 1946, with some 100 million tickets sold per week, but by 1955 this number decreased by more than half to 46 million.

In the 1960s a series of disastrous missteps by the studio and an over supply of product drove the movie industry into a deep recession. Hollywood grew increasingly out of touch with the changing nature of its audience. The success of Easy Rider in 1969 gave testament to changing makeup of the movie audience, younger and at the same more aware of the world around them. In 1968 the good people at the MPAA had a survey done and it revealed that 48 percent of the audience for that year were between sixteen and twenty-four years old. As a result a new era of more youth orientated and experimental movies took hold. Movies like Bonnie and Clyde (1967 and The Graduate (1967) found a home on the big screen where in the past their approach and subject matter would have been taboo. The 1970s was one of Hollywood’s most artistically exciting but financially erratic eras. It was only with the rise of blockbuster in the mid 70’s with Jaws (1976), Star Wars (1977), and Raiders of the Lost Ark (1981), that Hollywood was lifted out of one of the most financially challenged periods in its history. As a result of these box-office successes, since the 1980s the movie industry has almost solely relied on formulaic plot lines and franchises to attract moviegoers.

Okay, what do these Oscar Best Picture Winners have in common ; Forrest Gump, Lawrence of Arabia ,Braveheart, Chicago, The Sound Of Music and Gone The Wind ? The thing they have in common is that today they would not have had a theatrical release of any substance. I would also speculate that the majority of these movies would never have been made. What is odd is with an adjusted box office for 2018 dollars the cumulative box office of these movies is $5.5 billion dollars. This is an average box office take of $906 million.
To paraphrase Shakespeare, “Something is rotten in the state of Hollywood”.

I am going to make a simple bold assertion, an assertion that I think will become evident to most after this summer. Hollywood with their split alliances and myopic focus on streaming has purposefully and deliberately sought to undermine and erode the business of theatrical motion picture exhibition. Hollywood has become to hate non-tentpole theatrical releases. Since they are really not putting up the money for the movies anyways, why not take the distribution fee and not do much…then throw the movie into the Amazon or Netflix pile. But I think something else is going on and that is what you are seeing, Hollywood is desperately trying to keep hold of the profits from movies and are doing everything and anything to maintain its relevancy.

Hollywood understands that most industries are about to undergo a deep period of economic decentralization and they are competing with Facebook, Youtube, Amazon, Vine, Snapchat and Instagram. It is a place they are totally unfamiliar with and they are reacting in a rash manner by creating their own digital offerings and at the same time, betting the farm they are right. The problem is they are wrong. You smash theatrical exhibition you destroy the entire movie ecosystem.

I do not think any form of a case can be made for Hollywood truly wanting to be in the movie business.

Outside of Disney, all remaining major movie studios bring in investors to share in the rising costs of making movies.. Production budgets of $200 million plus are the rule of thumb today. That of course does not include the zillions spent on prints and advertising in an attempt to drive movie goers into into theaters once the films are released. Now the major studios are all tiny arms of giant media empires so you would think they would have the necessary means required to finance movies. Well the truth is they do have the resources, but they don’t want to spend them on movies. How do you expect audiences to invest themselves in your product when you yourself do not really believe what your doing.

So what they do is seduce bored Hedge Fund Managers, by the glamour of being involved in the movies. They did it to German Tax Shelter Packager, they did it to Chinese Venture Capitalist (until their government said no more) and now they are looking for the next pot of gold. Most studios have in the past teamed with co-financing partners to share the burden of their expensive movie slates at a time when the movie is becoming riskier. Warner Bros. has a longtime arrangement with film production and financing company Village Roadshow, and Universal Picture secured a deal for China’s Perfect World Pictures to help fund its films The names that come after the name of the studio releasing the movies are many and varied and for the most part do not last too long. They get wise.

Here is the bottom-line, The Studios are no longer personally vested in the production of and distribution of theatrical motion picture. Now you can turn an admiring eye to Disney, but if you had Marvel and Star Wars in your back pocket, you realize that they kind of got a sure thing going.

So you own a couple of movie theatres, you have a product supplier who is engaged in all kind of shenanigans…well what is a guy to do.

Well I think the first thing you should do is admit that Hollywood is no longer making the kind of movies the majority of American audiences want to see. Studios are well aware that China has overtaken the USA as the largest movie going marketplace. As a result Hollywood has stopped making movies and has focused on building hopefully enduring cinematic brands. The problem is that over saturated brands quickly grow tired for example, the Star Wars installment of Solo. People can go to a Wal-Mart to see brands, what they really want is see when they go to a movie theater is (drumroll please)……is movies.

Let me drive the point home again, Hollywood is no longer making movies they are making brands. The problem is that the audience is tired of brands, they want genuine, they want new, they want innovation, and they want to empathize with the people they see on see on screen.

A theater owner has a simple choice, ride out the tumultuous ride that Hollywood is providing, that by all indications will lead to a full implementation of day and date and then the somewhat slow exit from the theatrical market all together. It’s coming and I think is coming faster than many expect. The other choice is to collectively work to re-invent the core of the movie industry. The choice really is to reject Hollywood and to embrace your own vision of the movie business, a movie business that is defined solely by the needs of the audience you serve.

There are hints about what is about to happen to this industry of ours.

Drill down on this….Get Out was the most profitable movie of 2017. The low-budget horror that premiered in January of 2107 enjoyed 630% return on investment. Although the cast included great actors like Catherine Keener and Bradley Whitford, starring in the movie was British newcomer Daniel Kaluuya and Allison Williams, who starred as TV’s Peter Pan. It was different and offered diversity, Black Panther’s prime reason for doing so well was not that it had an incumbent comic book fandom but it was different and it offered diversity.

Audience are different, they want new and they want variety. Hollywood has forgotten this

Many companies are realizing the de-centralization of the movie industry is taking place, and they know the fragility of the major studios. Companies like STX, A24 and Annapurna are all waiting in the wings to fill this emerging void. There is still bountiful profits within theatrical distribution, but not enough for the greedy and shallow hands that steer the course of the major studios.

It is time to abandon the Hollywood ship.