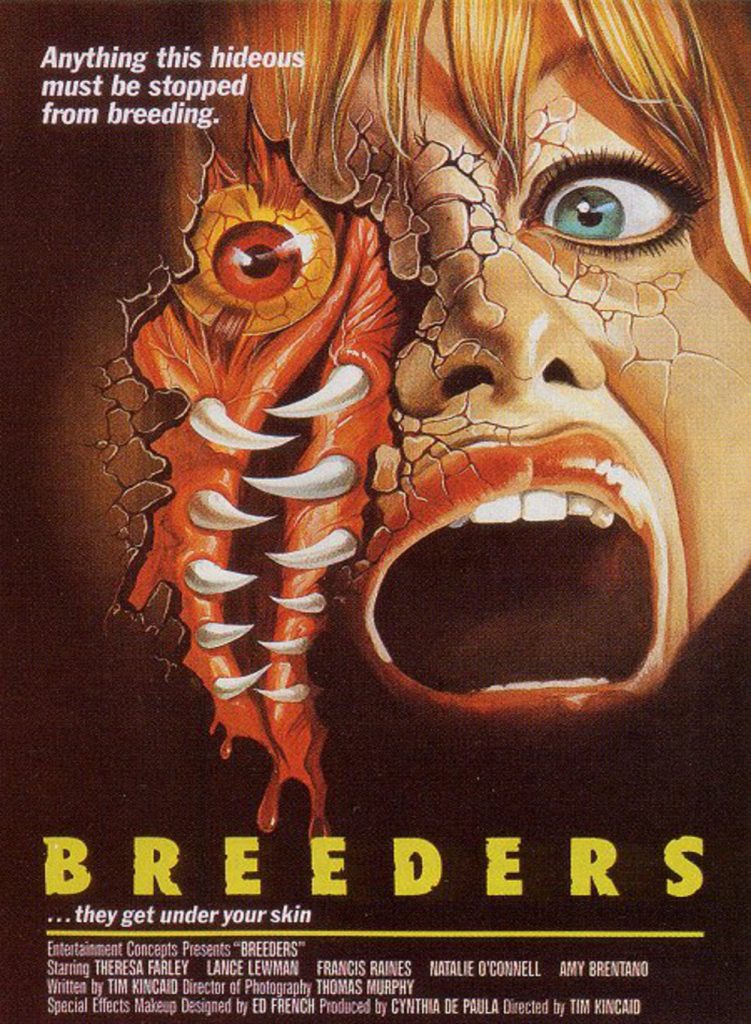 Aliens come to downtown Manhattan and live underground only to come out and victimize virgin girls and impregnate them with alien seed. This movie is rubbish on so many levels. First of all, it is more of a soft core pornography film rather than a science fiction/horror film. Just about every female actress bares her top AND bottom. One dances nude to music for what seems like an eternity. The premise that all these girls are virgins crosses the line of suspension of disbelief credibility, as one, moments prior to her nude aerobics, snorts a line of cocaine. The film also suffers from some of the worst, uninspired acting I have seen in quite some time. None…and I mean none of the “talents” in this film can act. Little wonder none of them became successful. Teresa Farley, a beautiful girl, plays a doctor named Gamble out to solve the mystery of what is happening to these girls that appear to have been raped. She looks off while she utters her lines. Silences are a part of all the thespians’ craft here. Poor acting notwithstanding, the plot is ludicrous. The special effects are nothing more than guys in rubber suits and blood coming out of mouths. I was very disappointed with this as the video box had some alien on it akin to what was in the movie Alien. Fat chance here! This film is nothing more than a voyeuristic foray into the adolescent mind of director Kinkaid. His abilities are practically nil as no suspense, no depth, and no storytelling are pervasive throughout. What you DO get are lots of girls disrobing in the most unlikely places, a group of women in some goo waving their arms, and aliens in rubber suits with big metal eyes in cheap sets populated by insincere, amateurish actors. This one is definitely NOT in the ranks of best in breed!