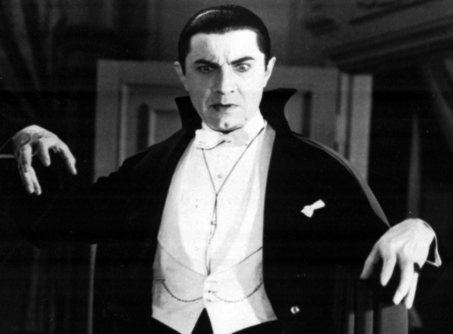 Béla Ferenc Dezső Blaskó, commonly known as Bela Lugosi, was a Hungarian actor of stage and screen. He was best known for having played Count Dracula in the Broadway play and subsequent film version, as well as having starred in several of Ed Wood’s low budget films in the last years of his career.

Lugosi, the youngest of four children, was born as Béla Ferenc Dezső Blaskó in Lugos (at the time part of Austria–Hungary, now Lugoj in Romania), to Paula de Vojnich and István Blaskó, a banker. He later based his last name on his hometown. He and his sister Vilma were raised in a Roman Catholic family. At the age of 12, Lugosi dropped out of school. He began his acting career probably in 1901 or 1902. His earliest known performances are from provincial theaters in the 1903–1904 season, playing small roles in several plays and operettas. He went on to Shakespeare plays and other major roles. Moving to Budapest in 1911, he played dozens of roles with the National Theater of Hungary in the period 1913–1919. Although Lugosi would later claim that he “became the leading actor of Hungary’s Royal National Theater”, almost all his roles there were small or supporting parts.