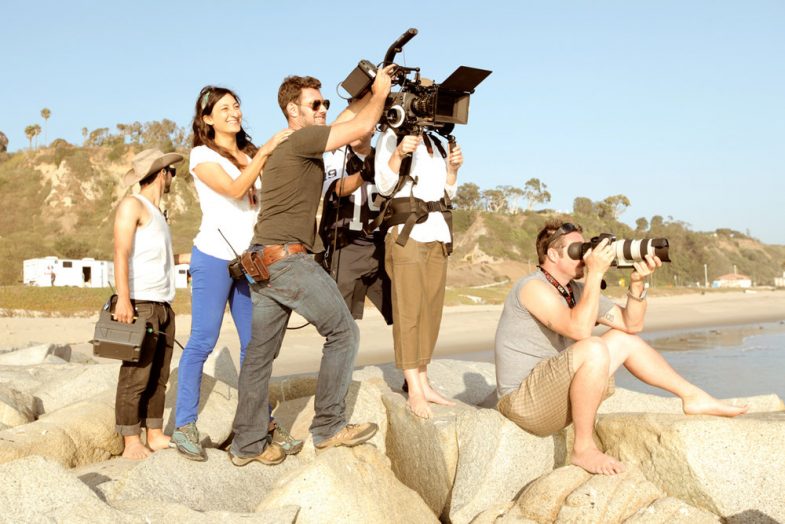 Director Jessica Sanders was raised by parents that are award-winning filmmakers, therefore it’s only fitting that she would carry on the family tradition. As a member of the DGA and Academy of Motion Picture Arts and Sciences, Sanders and her many documentaries, shorts, commercials, and music videos have racked up dozens of awards including an Academy Award nomination.

Sanders is attracted to making films about deep human themes and has made films about power, abuse, and the Holocaust wanting to bring awareness to these issues. In some of her films she challenges herself by wanting to be unusual in a visual and creative style and often includes comedy, which she enjoys. She was selected by 21 Century Fox to direct the short film Fox Directors. The film showcased women directors including Sanders along with directors Hannah Fidell, Anja Marquardt, Amanda Marsalis, Marta Cunningham, and Cherien Dabis. 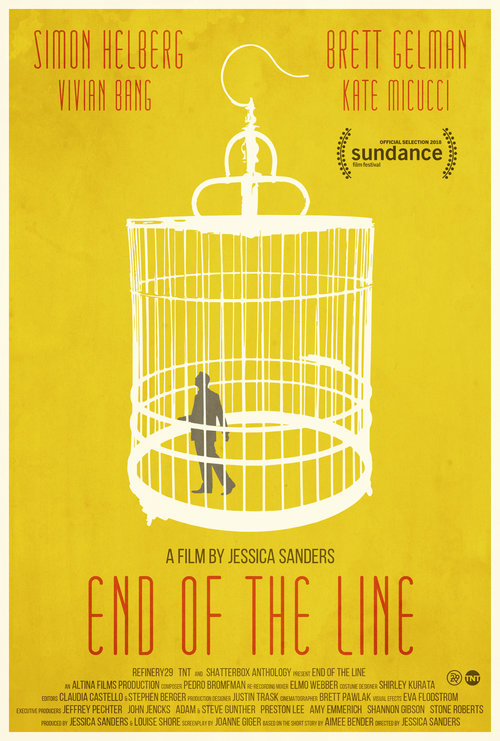 Sanders latest visual effects heavy film End Of The Line (www.endofthelineshortfilm.com) premiered at the Sundance Film Festival and is doing festival circuit now before premiering on TNT and Refinery29 later this year for Refinery29’s Shatterbox Anthology Film Series. The film was based on the short story written by acclaimed writer Aimee Bender about a lonely man goes to the pet store and buys a tiny man in a cage. Staring Simon Helberg, Brett Gelman, Vivian Bang and Kate Micucci.

For the heavy visual effects, Sanders brought on board the exceptionally talented Visual Effects Supervisor Eva Flodstrom who is highly regarded in the industry and greatly appreciated for her expertise and being a team player.  She works diligently with directors to achieve and exceed the Director’s vision and has worked on the blockbuster films Star Wars: The Force Awakens, Star Trek Beyond, and 10 Cloverfield.  She also wrote, directed, produced, and provided the special effects for her own award winning short The Tides.  “It was truly a joy working with Jessica, because she invites and encourages all of her collaborators to bring forth their best ideas, however crazy (and expensive!) they may sound!” shares Flodstrom. “Jessica and I both take a naturalistic approach to visual effects, which really helped in creating the aesthetic and crafting the methodology of shooting things practically when we can. Justin Trask, the Production Designer, was thrilled with building a practical cage for the Little Man, as massive as it was, not to mention, the inside of Big Man’s underwear. Jessica welcomed it all, which made a very creatively free and unrestricted environment, which is what we all dream of ultimately.” 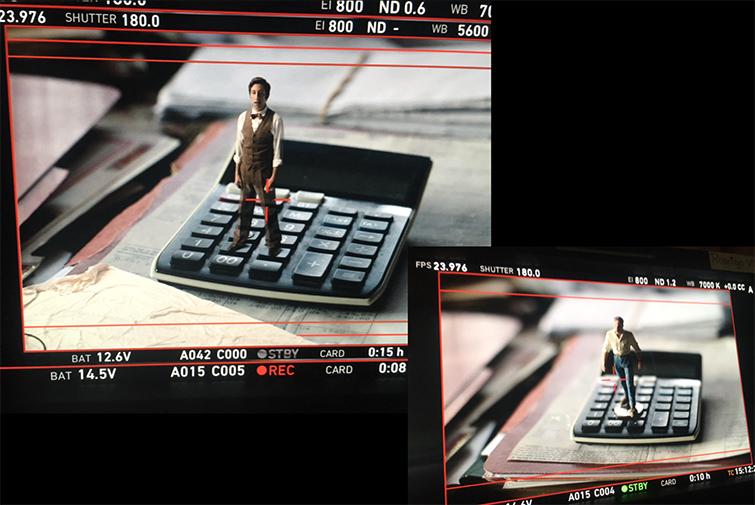 Producer Louise Shore has worked on feature films and many network and cable series for Showtime, CBS, TNT, and YouTube Red Originals.  She worked diligently with Sanders on End of the Line and has nothing but praise for her. “I know Jessica spent many years developing this project so It was wonderful to have the opportunity to be a part of that journey,” tells Shore.  “A very hard worker and true collaborator, Jessica helped put together an exceptional team of creatives which made it possible to bring this surrealist story to life.” 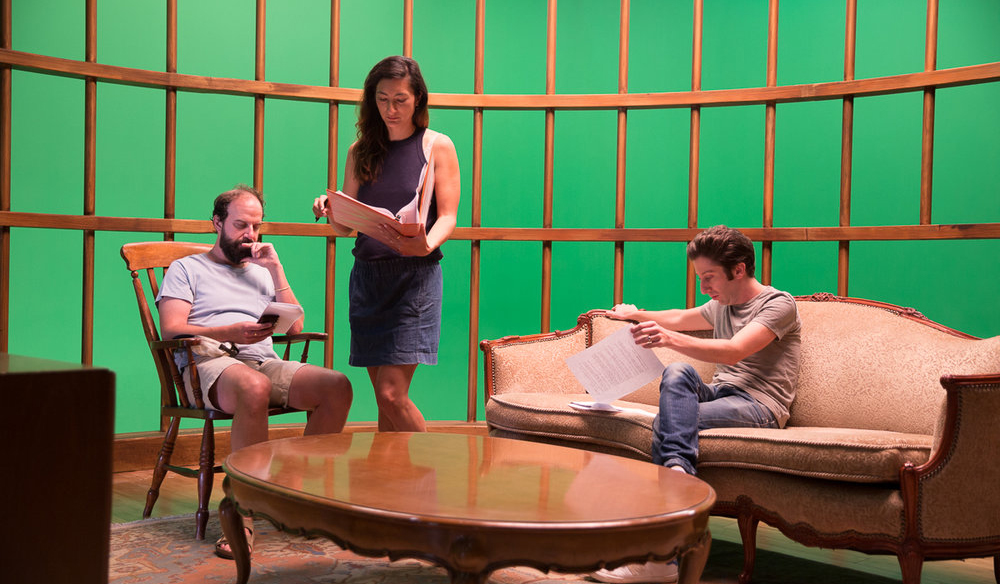 Jessica with Brett Gelman, and Simon Helberg on End of the Line set

Visit Jessica’s website www.jessicasandersfilm.com for more incredible information about her and all her work.  In the meantime, here are just few other of her award winning films and shorts to check out: 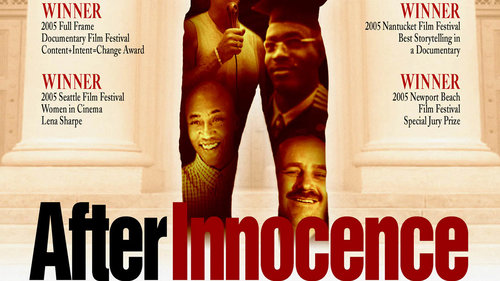 After Innocence
Winning numerous awards, After Innocence was a game-changer in criminal justice reform, telling the dramatic story of innocent men, wrongfully convicted of crimes and cleared by DNA evidence and their struggle to re-enter society after spending decades in prison. Winner of the Sundance Special Jury Prize.
https://www.jessicasandersfilm.com/films/after-innocence 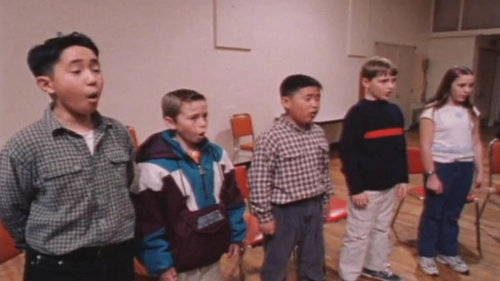 Sing!
The Academy Award Nominated short for Best Documentary Short Film, Sing! tells the story of how a community group, amid severe cutbacks in the arts, is able to develop a children’s chorus that is one of the best in the country. Artistic Director Anne Tomilson of the Los Angeles Children’s Chorus thinks every child needs to sing and can be taught to sing beautifully. “Sing!” is about the importance of art and music in children’s lives.
https://www.jessicasandersfilm.com/films/sing 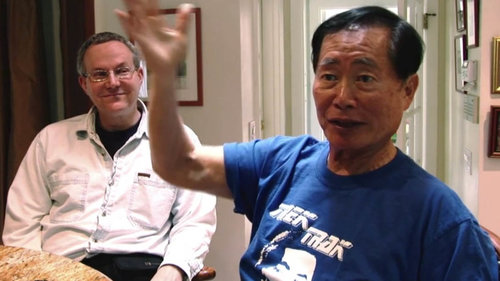 George & Brad in Bed
Profiling the relationship between actor George Takei (Star Trek’s Captain Sulu) and his husband and lifelong partner Brad Altman. The two recently married after being together for 21 years, interviewed in bed, the film is also an homage to John Lennon & Yoko Ono’s “bed-in.”
https://www.jessicasandersfilm.com/films/george-brad-in-bed