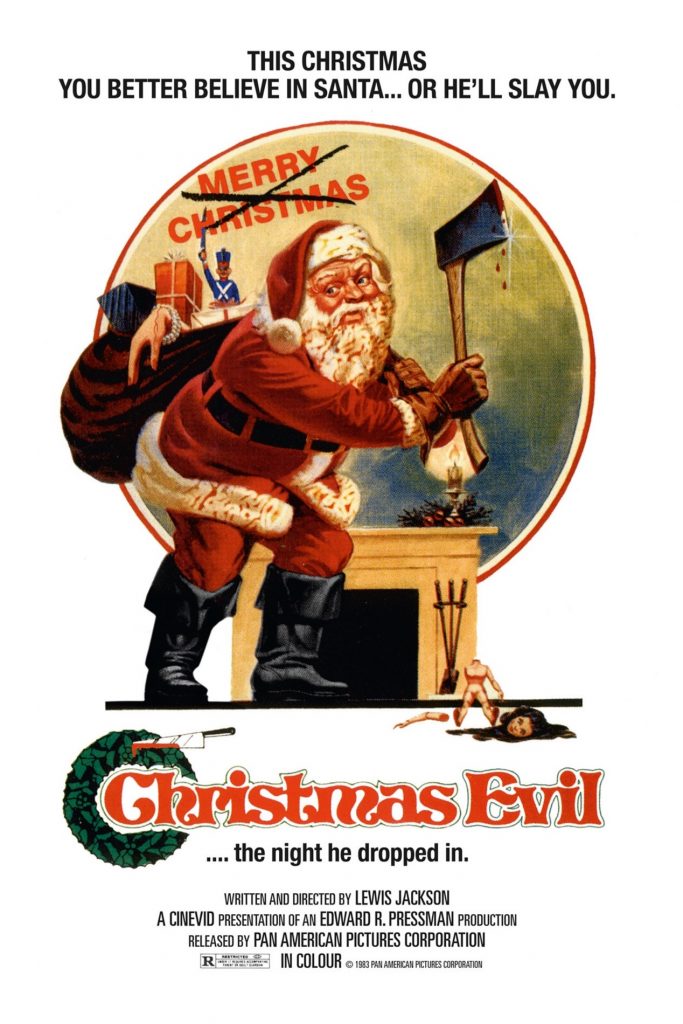 It’s a constant challenge to keep up in this competitive and cruel world. Some are born or raised with tenacity, while others become withdrawn from the heavy weight of social pressures. Harry Stadling is a middle aged recluse with intimacy issues who maintains the same ideals he had when he was an innocent kid just learning the ropes. At first this looks like “Taxi Driver” or “Driller Killer” all over again, as the character’s ambitions are far from wanting, or incapable of having, the normal life with a dedicated wife, eager kid and white-picket fence house, but the difference here is his mind is stuck reliving a childhood event that still matters dear. Something more like De Niro in the later picture “The Fan” to give a closer idea.

Harry has an obsession with everything related to the greeting card version of Christmas, from counting the days, decorating his apartment, watching parades and even dressing up as the jolly, white-bearded man himself. It’s no coincidence he collects toys, works with toys, eats sugary cereal and holds what actions kids do with consequential meaning in written logs because he’s mentally one himself. As others start to take advantage of this man-child–who’s reserved and has something about him that isn’t quite right–he becomes a ticking time bomb ready to go off. As the unlucky ones that learned the hard way from Dirty Harry about being judge, jury and executioner: You don’t mess with a man on his own turf.

Instead of being just a straightforward plot about someone ready to commit violence if anything comes between their fixation like some typical slasher, this is a character study that goes through motivations in a quirky, off-beat way and reveals a method to the madness, as unorthodox as that may be. “You Better Watch Out” (aka “Christmas Evil”) has a demented sense of dark humor that paved the way for “Silent Night, Deadly Night” to roll with it. There’s no denying this has an out there and absurd plot that described in advance can make one either offended, morbidly intrigued or just run the other way (they did manage to dodge religious themes though). What ultimately made this work, was it was capable of balancing out seriousness and a sort of eccentricity while not skipping a beat in between. Its messages got a little too obvious towards the latter part of the film, such as giving reference to Frankenstein about a “monster” in society, but, on the other hand, it also steadily paced itself and kept you in the moment as it went.