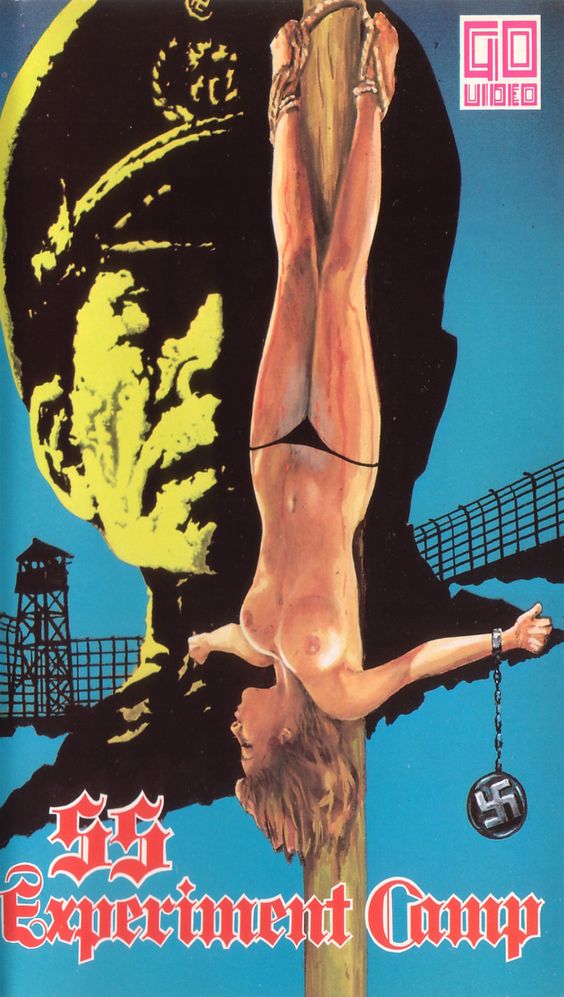 Sergio Garrone’s grindhouse Nazi sex flick, shot back to back with the similarly dire SS WOMENS CAMP, is one of the most often cited “video nasties”. In actuality it is totally ridiculous on every level, even relative to other genre entries. Owing more to SALON KITTY than ILSA, SHE WOLF OF THE SS yet made with zero flair and a poor grasp of English, this movie would have been forgotten forever had it not been singled out for prosecution at the hands of the DPP. The “experiments” are simply ridiculous and are no more than an intangible excuse for embarrassed soft-core writhing between very Latin looking “SS soldiers” and the well-fed inmates (who throughout the film are treated more as if they are in a holiday camp rather than Auschwitz!).

As with all similar films, the only offensive thing about this movie is its total trivialisation of the Holocaust. It is pretty interesting to watch, however… if only to see just how far exploitation can sink.