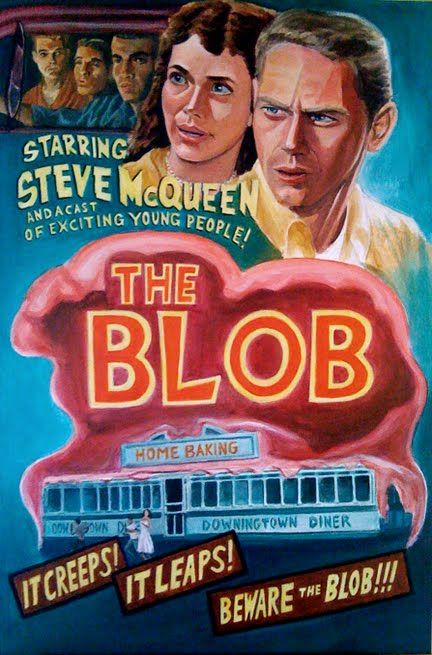 The Blob is a classic 1950s B-movie sci-fi flick. You probably know the story: two teens (Steve McQueen & Aneta Corsaut) see a meteorite hit the ground, and when they go to look for it, they run into an old man with some weird…blob attached to his arm. They take him to the doctor’s office, and then go to find out what happened. From there, the blob spreads, eating everyone in its path. The special effects are cheesy fun, as is the story. There are a lot of great touches, like the cop who plays chess over the radio with a cop in another district. It’s no masterpiece, but it has a special place in its genre. Steve McQueen is very good