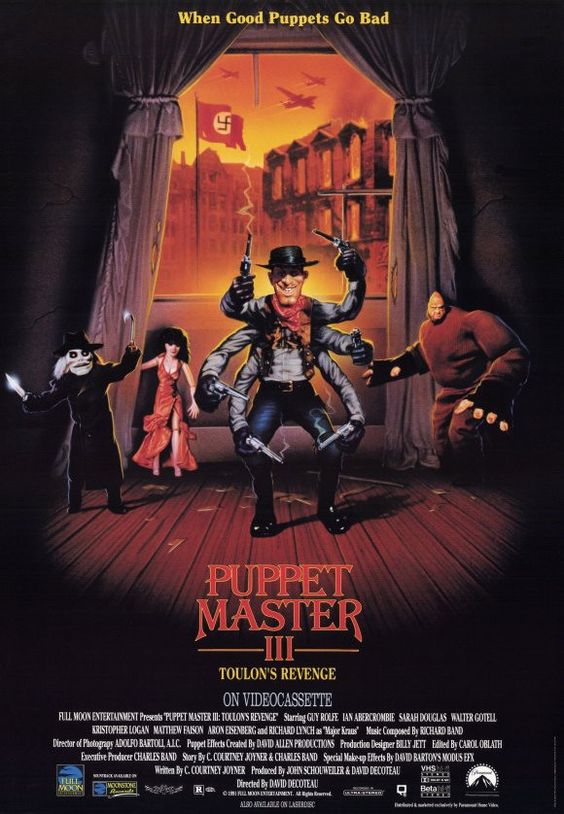 During the pre-war era of Berlin in 1941, the Nazi regime is working at creating a drug which will reanimate the dead. Their intent is to use the serum on fallen soldiers in order to render their army invincible. After many failed attempts, Dr. Hess soon learns that the local puppet master Andre Toulon holds the ancient secret of giving life to inanimate objects. Toulon and his legion of puppets must now defend themselves and flee from the pursuing Nazis as they try to capture him and use his powers for evil. This is an exciting and adequately-scripted entry in the still-continuing Puppet Master series, even though the story suffers from a gaping, inexcusable plot hole: the original movie has Toulon committing suicide in 1939, two years before the events in this film. All imperfections aside, however, this still is a decent little flick.