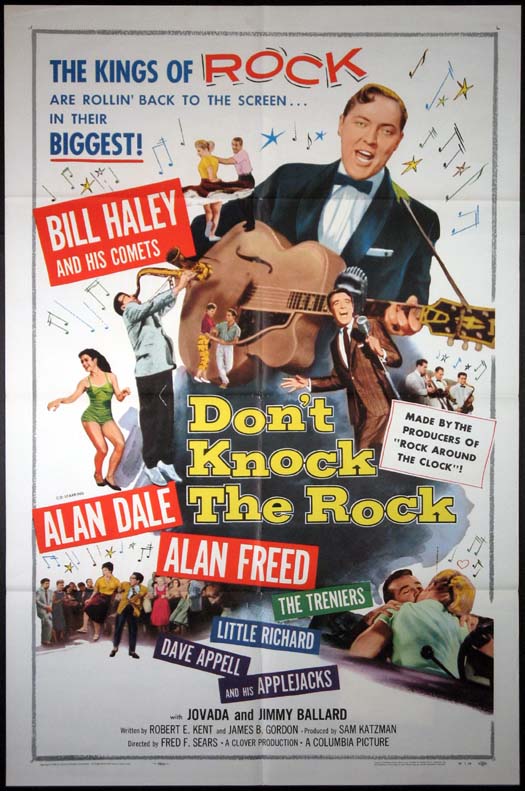 This film is very much of it’s time. Sam Katzman produced a number of films featuring record stars and this is one of the better ones. The star is Alan Dale, who was one of the leading pop singers of the day. Dale was in the forefront of the post-Sinatra generation of crooners (which included Vic Damone, Tony Bennett, etc.), and his versatility ranged from opera to Rock ‘n’ Roll. This diversity made him a perfect choice for the role of a rock singer with a “serious” side. Dale’s romantic interest is played by Pat Hardy, who soon afterward married actor Richard Egan. The main reason for these films was, of course, the records acts — most of whom were seldom if ever seen on network television. Bill Haley and the Comets were well known, but outside of the major urban areas Little Richard was not even played on most RADIO stations (they opted for Pat Boone’s version of “Long Tall Sally”!). However, thanks to films like this we could finally experience performers like Little Richard. Two numbers by The Treniers are another high point. Typical of these films, there’s not much of a plot, but its a lot of fun.