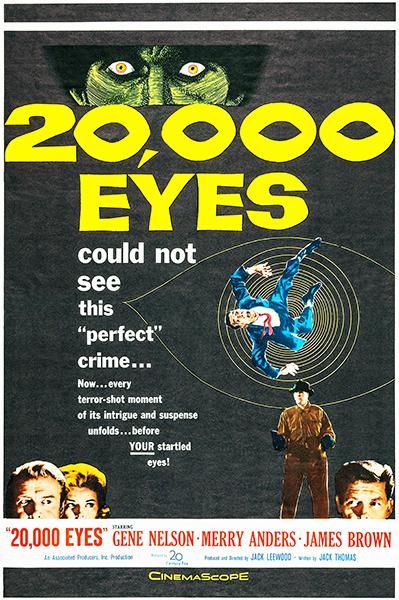 Dan (Gene Nelson) is a fast-talking and conscience-impaired investment counselor. He always seems to have a scheme up his sleeves and this appears to finally coming home to roost when he plays fast and easy with a mobster’s money! The mobster, Novak (John Banner) soon discovers that Dan’s been playing with other people’s money and threatens to kill him unless he makes good. So, the ever-scheming Dan comes up with a way to use some other folks’ diamonds in order to pay back Novak. Things go remarkably well…but soon Dan gets cocky and even considers keeping everything for himself. What’s next?

For me, the best reason to see the film is to see John Banner playing a hood. Considering his fame as the wimpy Sgt. Schultz on “Hogan’s Heroes”, this is a huge change! It’s really apparently in the first scene where the huge guy decks Dan–sending him sprawling across the room like a rag doll.

As far as the rest of the film goes, it’s moderately taut and exciting low budget heist movie. Not nearly among the best but considering its modest cost, not a bad little film. And, fortunately, the finale is quite thrilling as well.