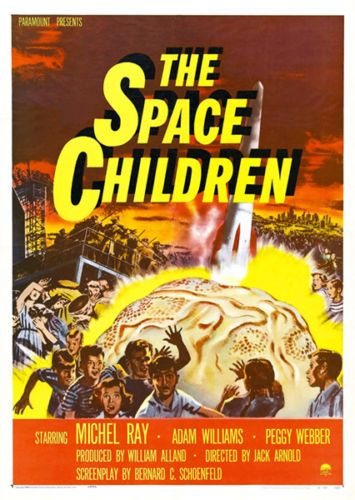 The children of some US rocket scientists come under the spell of a strange alien being that seems to want them to sabotage the nations defense!

Another B thriller from director Jack Arnold (who directed the classic Creature from the Black Lagoon in 1954), this one is a bit more intelligent than the average drive-in sci-fi fodder. The Space Children is actually an anti-war film kind of in the tradition of The Twilight Zone, the story does indeed resemble a story that one would see on the classic TV series. Arnold lends some steady direction, creating an occasionally eerie atmosphere (who could ever forget that spooky final image of an ill-fated Russell Johnson?) and a decent alien creation. Kudos go to a chilling music score.

The cast isn’t half bad, the youths of the film being especially good.