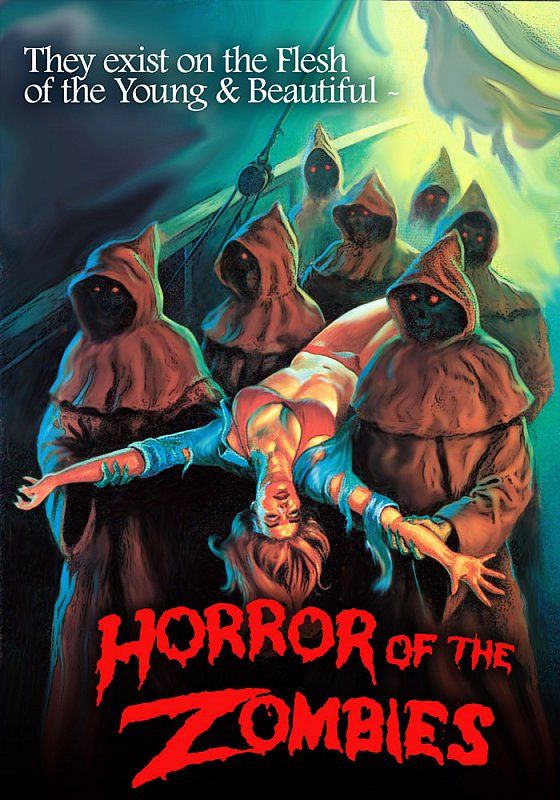 Two models, Cathy and Lorraina, are (for some not quite clear reason) sent out to sea on a boat for a publicity campaign of some stunt. They soon come along an old-time galleon in the midst of darkness and fog. Lorraina boards and is heard screaming, and soon, Cathy follows, and the Templars come for her, too. Meanwhile, Cathy’s best friend Noami (not, Naomi, as I figured, but Noami) is searching for her, and soon gets herself into trouble with Sergio, who was behind the publicity stunt. She demands they go off and find the girls, so with the help of a professor, Noami, Sergio, photographer Lillian, and Howard (whom I forgot the involvement of with the subplot) head out to sea to find the girls. They soon find the galleon, and board, only to soon be greeted by the Templar knights from the dead, and they discover they are trapped in another dimension (!) and must defeat the curse of the knights and escape.

It’s a miracle I remembered all those characters’ names!

A pretty good movie, suspenseful Templar attacks. The galleon is creepy-looking, but so obviously fake, it’s funny. It looks like it belongs in one of those old claymation shows from the sixties and seventies. The acting is what you would expect from a movie like this, and the music is the classic chanting that always sets a good atmosphere. The only problem with this is that it wasn’t milked for all it was worth. The story seemed short, and a bit weak at times. And understandably so. How much story could there be! Still, though, an alright movie, with a creepy ending. One odd note, the sound suddenly disappeared the last ten seconds of the film. Was that intentional? It could have been, but it seemed a little odd. I don’t know, could have been the copy of the movie I got.