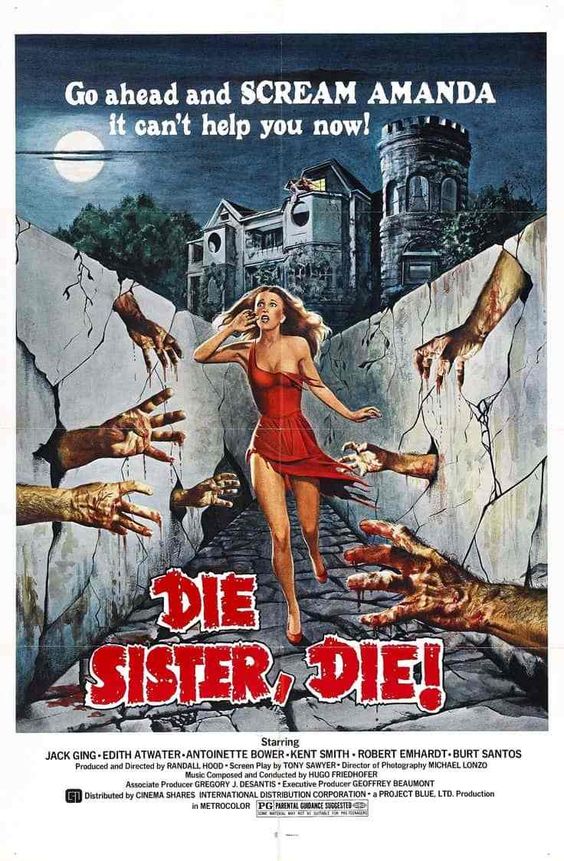 A troubled old woman is saved from suicide by her brother and the family doctor. Her brother’s concern is purely for show though and he hires a nurse with a shady past to ‘look after’ his sister, i.e. to ensure she definitely dies next time she tries to kill herself. But once the nurse begins work things change.

This psychological thriller has the definite feel of a TV movie. I can find no definitive evidence that it is but I would not be surprised in the least to discover it is one. It seems to have been promoted as a horror movie. The title is quite in-your-face and the poster art is somewhat misleading. It shows a nubile scantily dressed young woman running away from an ominous house while being terrorised by several brutish hands that reach out to grab her from crumbling walls. It combines imagery of Gothic horror with Roman Polanski’s Repulsion. It’s a great poster! But, it’s hardly accurate in terms of describing the actual content. First and foremost, this is not a horror film. It’s pretty solidly a thriller. It’s about family secrets and greed within a Gothic setting. It has occasional spooky moments such as nightmarish dream sequences and secrets in the basement.

Despite some of the negativity directed at it, I found Die Sister, Die! to be perfectly enjoyable. It’s well acted, including a turn from Kent Smith who starred in the classic Cat People (1942). It’s just probably not going to appeal to people who get their expectations up by checking out that cool poster in advance of watching it.