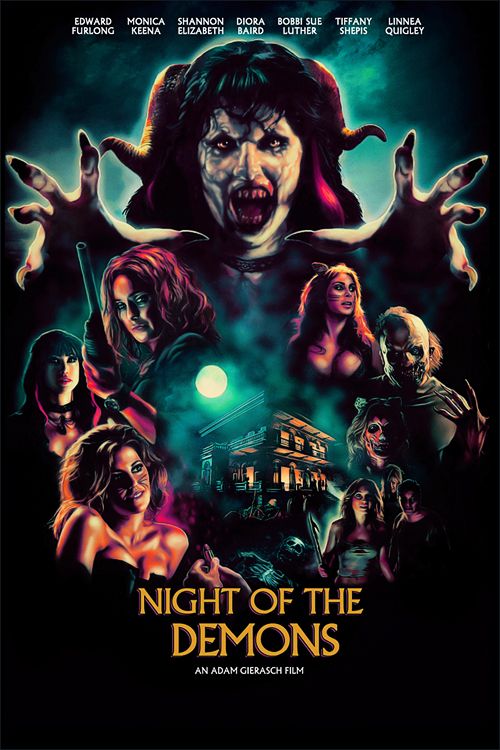 Paying respect to a film by trying to remake it DOES NOT always pan out. This is the case with the 2009 version of Night of the Demons. Being a smaller than normal budget film and having to mediocre stars in Furlong and Elizabeth as leads did nothing for this movie. In my honest opinion NOT a very good film choice for Shannon Elizabeth. The first film in 1988 scores an almost 7 out of 10 with originality and this barely hits 5.

The plot is generic as college age kids party at an abandoned house that has a haunting secret. Typical scenario as police raid and bust party and half dozen young adults get locked inside. They roam the house, find strange markings, skeletons in a secret room and demonic hell results. The dialogue is bland, full of “f***s” and “s***s”, the acting is tragically phoned in and there is no scare tact at all.

It is a simple supposed to be gore fest that fails at most levels. I would NOT recommend but if in need for a filler for the afternoon you can watch this flat remake of a 1988 cult classic