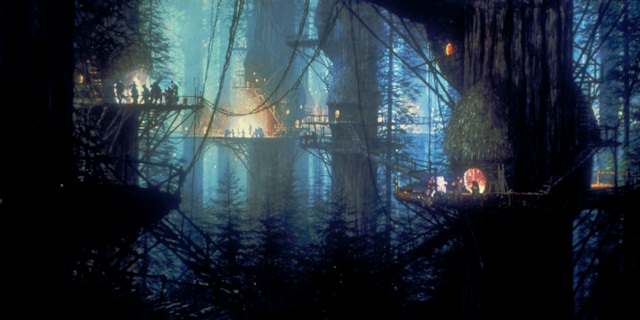 George Lucas’ rich neighbors don’t want him building a movie studio in their backyard. His response is the best thing he’s done in years.
According to the San Francisco Chronicle, for four decades Lucas has owned a large swath of land in Marin County in the North San Francisco Bay and has spent the past few years trying to transform the ranch on it into a massive, nearly 300,000 square foot, state-of-the-art movie studio complete with day care center, restaurant, gym and a 200-car garage. His neighbors, however, have rejected it every step of the way. Despite the promise of bringing $300 million worth of economic activity to the area, the already-well off neighbors are worried about years’ worth of construction activity and the additional foot traffic it will bring into their neighborhood once completed.
The local homeowners association has been such a thorn in Lucas’ side that he’s decided to abandon the studio construction entirely…
So what is George Lucas going to do with his property now that he’s tired of his rich neighbors putting up a not-in-my-backyard stink?
He wants to transform the property into low-income housing, naturally, ending their official statement with this zinger, “If everyone feels that housing is less impactful on the land, then we are hoping that people who need it the most will benefit.”
… Because if there’s one thing rich people will hate more than having movie magic made in their backyard, it’s poor people moving in.