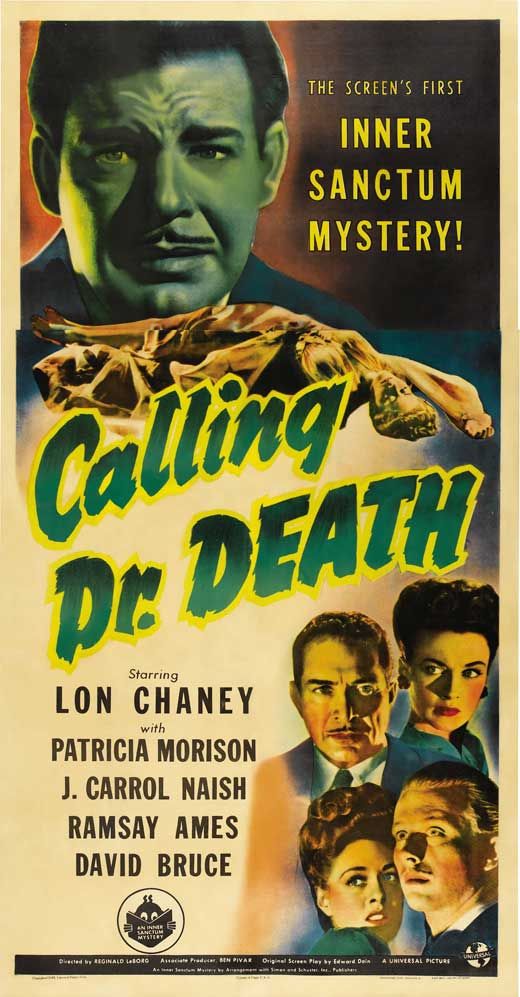 Dr. Steele (Lon Chaney Jr.) is a psychiatrist married to a cheating wife who refuses to give him a divorce. He’s in love with his nurse (Patricia Morison) who loves him back. Then he blacks out one weekend and awakens to find his wife was brutally murdered. Did he do it or is he being set up?

The first of Universal’s “Inner Sanctum” series based on a popular radio show of the time. It’s introduced by a floating head in a crystal ball (!!!!). Not a horror movie as believed but a murder mystery. It was made on no budget with a half hour script padded to an hour (notice how many times J. Carrol Naish’s policeman hounds Chaney). Also I had the murderer figured out about 20 minutes in but I had no idea why. Still, for what it is (a low-budget B picture) it’s not bad. Chaney is OK and Morison and Naish are actually very good. This is not some unsung cinema masterpiece just a quick, efficient B movie.