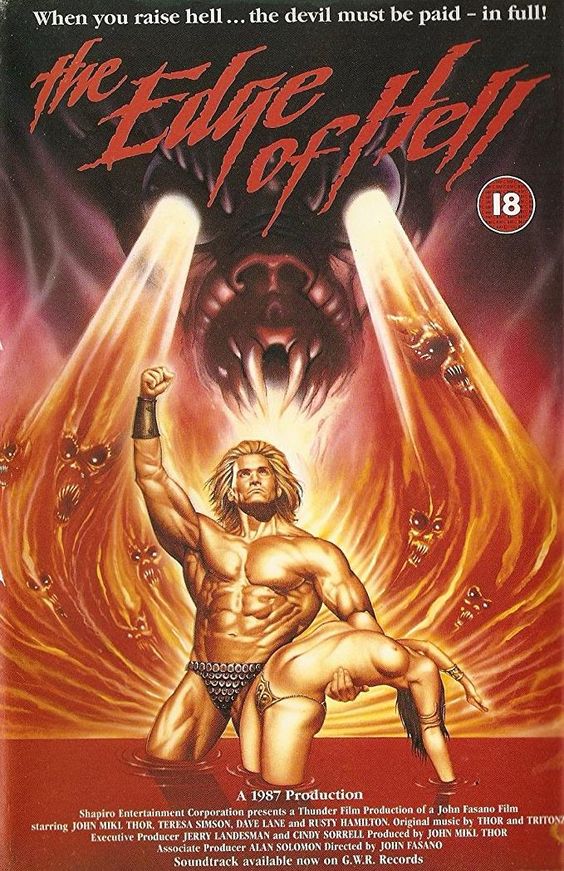 First of all, this movie was shot in seven days with a budget of only 50 thousand dollars. Okay? You make a better movie with that much time and money. Second, everybody was an amateur back then. For the money we had, we couldn’t afford anyone who knew what they were doing, decent props, monsters, etc. This was basically a glorified student film or home movie. And that is part of its appeal. The fact that it was made for no money by a bunch of amateurs, all working their asses off.

Also, many people from that movie have gone on to prosperous careers, despite the claims of one reviewer. John Fasano has continued to work as a writer, producer and director. You may recognize some of his credits: “Another 48 Hours,” “Alien 3,” “Tombstone” and many more. Frank Dietz did more work as an actor, independent filmmaker and as an artist for Disney. Felicia Fasano is now a top casting agent in Los Angeles. Cindy Sorrell (really Cindy Cirile) is an accomplished writer and historian. And then there’s me. I storyboarded “Sky Captain and the world of Tomorrow,” “Darkness Falls,” “Mini’s First Time,” and many TV shows, commercials and music videos. I’m also an aspiring writer/director… So when I hear people say that we were just a bunch of amateurs who didn’t do anything afterword, I take offense.

We were amateurs, but what sets this film apart from many bad movies is that we were amateurs with talent and skill. We hadn’t developed it yet, but it was there inside of us. Watching the movie, you can tell it’s made by people who love this kind of movie, that it took real ingenuity, hard work, and most important that it was fun to make. This vibe of family and fun I think seeps into the final film, giving it its charm… So appreciate it for what it is. Sit back with some friends, put on “Rock n’ Roll Nightmare” and enjoy a night of fun and laughter.