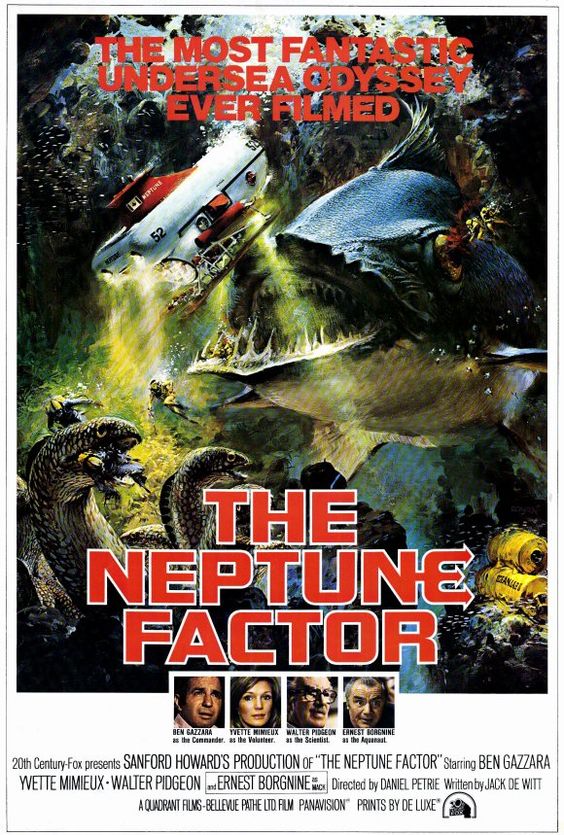 For a movie about a race against the clock to rescue a group of scientists trapped in an undersea research facility that’s been hit by an earthquake, The Neptune Factor is incredibly dull. The problem is that for most of the movie, nothing happens. Ernest Borgnine (who I’ll give a little credit as he does his best with this snoozer of a script), Ben Gazzara, and company spend most of the movie on a slow motion tour of the ocean floor looking for their missing colleagues. Garzzara is the worst, showing the same kind of emotion usually reserved for everyday, mundane tasks like doing the laundry or grocery shopping. You’d hardly know from his demeanor that the lives of three people rest in his hands. And when something does finally happen the special effects are so ridiculous looking that the movie losses any credibility it might have had. The “giant” sea creatures the rescuers run into are little more than normal salt water aquarium fish filmed with a zoom lens and a bad looking miniature of the submarine. That’s right – The Neptune Factor looks like it was filmed in someone’s home aquarium. A giant clown fish – oooooh, how scary! There’s nothing much more frightening than the sight of a ludicrously large Nemo.