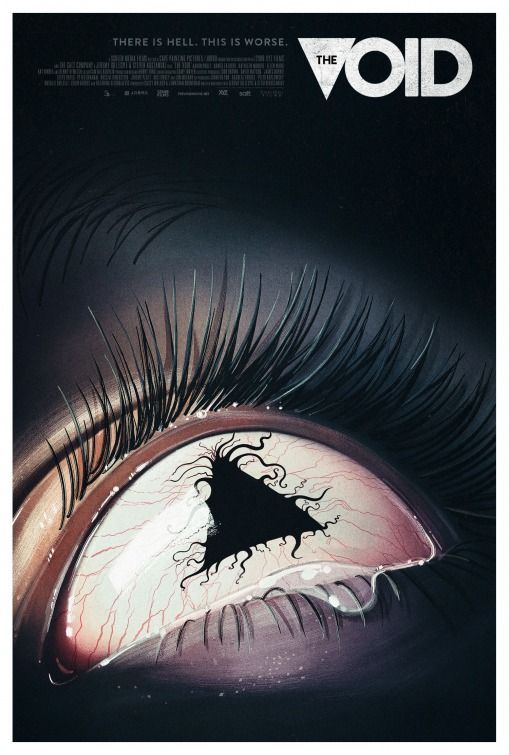 As much as one might try to watch each movie unconditioned, unprejudiced and ready to judge it for what it is, it’s really hard to tackle a title such us the void and not to expect another B horror movie filled with cliché and disastrous acting. Luckily, it takes but a few minutes to realize “The void” is something else, a bold take on cult movies with a very limited budget.

If there’s something “The void” stands out for, that’s its Lovecraftianish feel. You’ve got the cult, got the creatures, got the parallel dimension, got the eerie atmosphere that spans through the whole film, with a story that tells you just enough to keep you hooked and, at the same time, unaware of what it’s going on. Sure, it’s got its holes, and contradictions, and its unexplained events, as is to be expected of any indie flick mimicking a Lovecraft universe, but the film is so well paced and the action so packed, you can’t but overlook them and let you drown in the thick nightmare and the gore fest.

With acting performance that don’t let down (except for a few exceptions -ahem, Ellen Wong-) and a solid music score, “The void” won’t win big awards or be labeled as movie of the year, but it’s probably one of the most pleasant surprises 2017 will bring us, we who long longed for a flick drinking from 80s classics such us The thing or Reanimator.