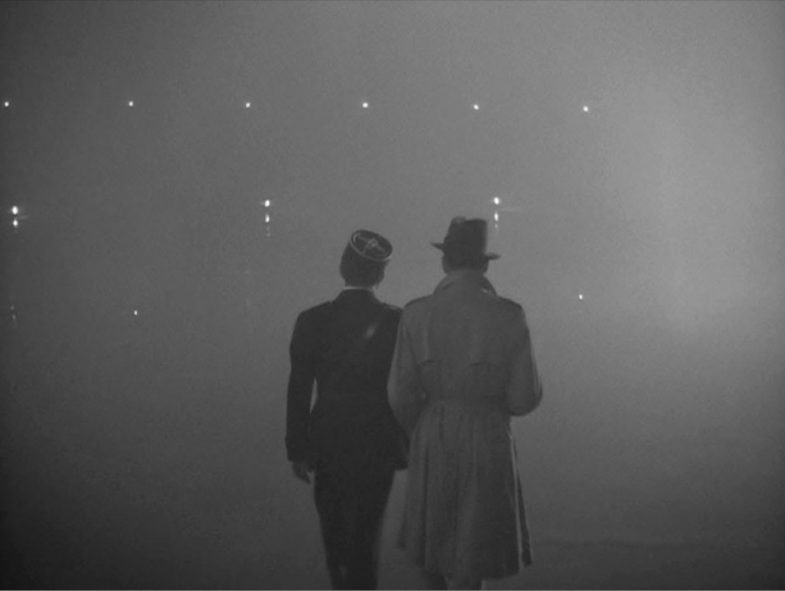 I am consistently baffled by our modern society. They all seem so ready to dispense of a key aspect of our culture and replace it with something that holds much less value. It is a deep shame that often society throws the baby out with the bathwater and ceases to recognize that what they are throwing out built community, supported families, evoked our culture and made life much more pleasurable. When they do realize something is missing, well, they then start getting angry. They wonder what happened, it must be someone elses fault…. they bemoan the decline of the manufacturing sector as they open their made-in Mexico fridge searching for a beer that is made by a Belgium conglomerate. They head to the store and remark how many foreigners walk the streets as they turn the corner in their Toyota. You get the point. We as a society have to start protecting what is truly good.

American society has changed because they choose to ignore the fact that jobs previously performed in Bloomington, Indiana were now being done in Guadalajara. They wanted the cheapest possible washer. Of course, Detroit was destroyed by the unions, not by the fact they chose to buy a foreign-made car. Yes, some Toyotas are made in Lexington but the profits go to Japan. Let’s face it we are all about short term gain and forget about the long-term impact. Impulsivity and lack of thoughtfulness are really what has changed America and Americans.

Disposable has become a way of life and I think it might have carried over into our human relationships. Week after week I bemoan the state of the American movie exhibition business. If we really want to know whom to blame over the demise of movie-going…get a mirror.

When video stores first opened, we had to get into our cars and drive to these huge caverns which carried all the last titles, the good one carried the lesser known titles as well as titles that we shall call Alternative cinema. I loved the video stores, exploring the canyons of titles and video boxes with all together deceiving artwork on the covers. I walked out carrying a armful of adventure and escapism every week. What was interesting is that the video store actually helped the theater, getting people excited about movies. There was a symbiotic relationship. A movie was released in the theaters and six months later it could be found on the video shelf.

What was fascinating was that the money made in the video rental business was primarily from the lesser known titles. The ones that never saw a theatrical release. Chopping Mall, a fun little horror movie put out by Roger Corman was steady business for any video rental store and had a high rental rate for six glorious months. Rambo 2 on the other hand did steady business for 30 days, then stopped renting. Rambo 2 sold for $89 a copy and Chopping Mall was sold by Vestron Video for $49. Chopping Mall was the better investment.

It did not help at all that Blockbuster Video and their steamrolling of the Mom and Pop video store centralized buying and censored the viewing habits of the American public. The chains came into the industry and really took the wind out of the sense of adventure in this explosion of movies. A garbage industrialist out of Miami, Wayne Huizenga, took the wind out of the video business. Like all things when you live by the sword you die by the sword, Blockbuster eroded as the little Red envelope and Red Box came onto the scene.

“In the first half of the twentieth century, going to the movies was like going to church: Americans did it almost every week. Today, buying a movie ticket is more like going to the doctor — something many Americans never do and most Americans do only four or five times a year for routine cultural check-ups.” Derek Thompson, Senior Editor at Atlantic Magazine

Since they were invented by two French guys and a Scottish dude in the 1890s, the movies had a seductive and mesmerizing power over their audience. Movies were a link in the chain of that grand human tradition of storytelling. That’s why they came, week after week after week. The movies allowed people to experience. They walked the streets with Rick in Casablanca. I know I jumped with Roy Scheider when he realized they were going to need a bigger boat. The awe of witnessing the first formal alien human encounter. I always reflect on the humanity of the storytelling in “It’s A Wonderful Life” how empathetic the viewing that movie is. It is the epitome of an everyman movie.

Movie-going has changed and changed deeply. The mall boom over saturated the number of screens in the 1980s. Remember at its height “Jaws” was just played on 900 screens. Hollywood while it waited for streaming to come of age, had several dalliances with foreign markets. Germany for finance and they were seduced by the temptress that is China. They purposefully diluted the story telling to accommodate the dynamics of the Chinese market and their different manner of storytelling. They eviscerated the tradition of American storytelling and diluted major America cinema until it ceased to be recognized as American cinema. The greatest example of that was the Marvel universe

Change of course in all things is inevitable. I don’t have to like it and I see what we are losing. In the near future, the streaming Gods will stumble and stumble badly. The economy they have built will start to crumble. Binge watching will be replaced by some form of virtual reality, virtual reality will fall when they figure out how to place a tactile facility in their offering.

In the end though, after everything is said and done, Rick will force Ilsa Lund to get on that plane to Lisbon and our hearts will break again. The only redemption is the smile that slowly erupts when Rick and Louis Renault walk into a fog encrusted desert.

Storytelling reached its pinnacle with its movies and nothing ever will come close to it. We collectively made the movies less important, a smaller part of our lives. This cinematic storytelling erosion is wrong. Like many things we dispose of, it is already being missed. It may be one of the reasons that people flock to that Vatican of Community Theater, The Historic Artcraft Walking through those doors and you realize what once was and what could be.

No one will have memories of watching a show on Netflix, no one’s eyes will be filled with wonder from the spectacle shown on a 55-inch screen. The smell of popcorn from a Cretors kettle, the sweetness of a fountain drawn Coke and the intangible excitement with you and 450 of your closest friends are about to watch a much-anticipated movie. The baby is being thrown out with the bathwater and we as a culture and as a society are much the lesser for it.