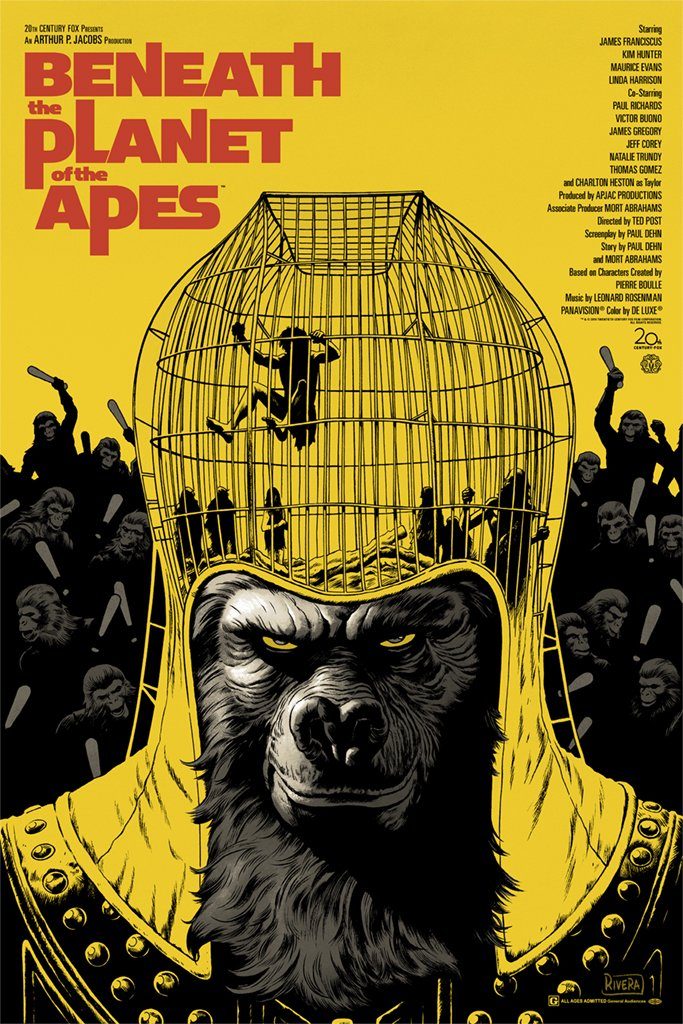 A second spaceship crashes on the planet of the apes, attempting to locate the previous ship’s crew. Only one astronaut, Brent (James Franciscus), survives the crash. Brent quickly finds himself captured by the apes but is helped to escape by Cornelius and Zira (Roddy McDowall, Kim Hunter). Now he must venture into the Forbidden Zone to try and find Taylor (Charlton Heston), the survivor from the first film.

The movie starts off like many sequels with a sense that it’s simply going to mimic the first movie. However, once things move into the Forbidden Zone with the mutants, the movie finds its own identity. It’s actually quite good for a sequel to a classic film. It’s not on or near the level of the first movie, of course, but it’s entertaining. The returning apes from the first film (Roddy McDowall, Kim Hunter, Maurice Evans) could have been used to better effect. James Gregory’s gorilla general is the film’s antagonist, with Dr. Zaius more reasonable than before. The mutant stuff is actually pretty interesting. This is the second best of the Apes sequels.