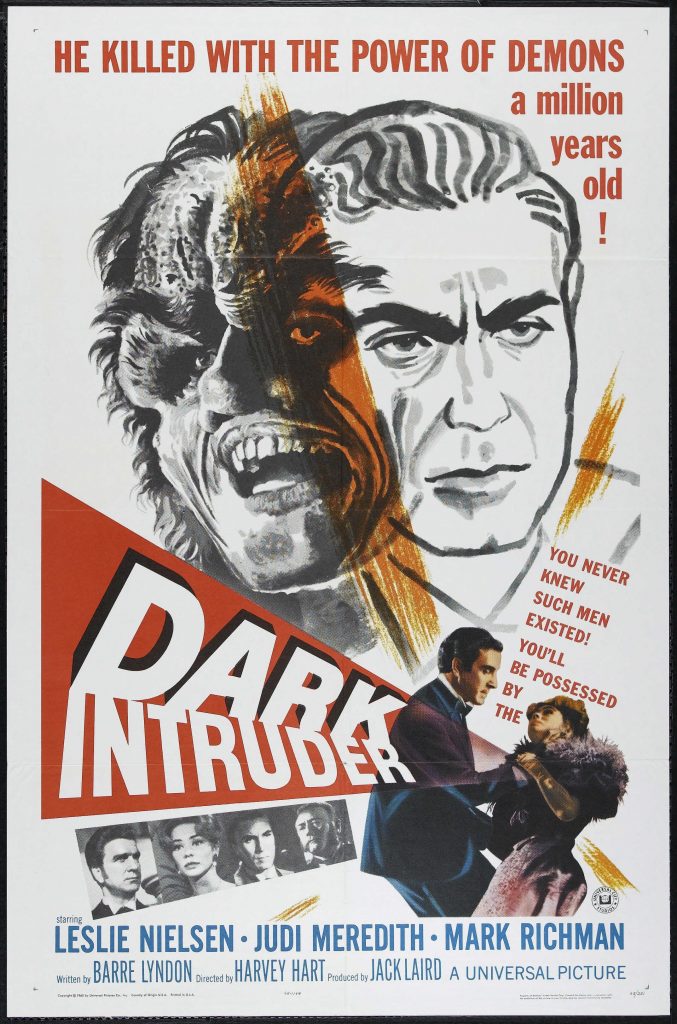 As a second feature in 1965, this arrived with little fanfare and was probably dismissed by most viewers. Since it was a discarded pilot for a series called ” The Black Cloak” that was never picked up, the studio probably figured they could a make a buck or two on it. But then when people saw it they realized that like the 1966 Chamber of Horrors ( which had some similar plot elements) , this was a little masterpiece of moody economical horror. Mark Richmond and Leslie Nielsen are terrific as the villain and hero. The creepy black and white photography is atmospheric and the tone is one of dread and impending doom.