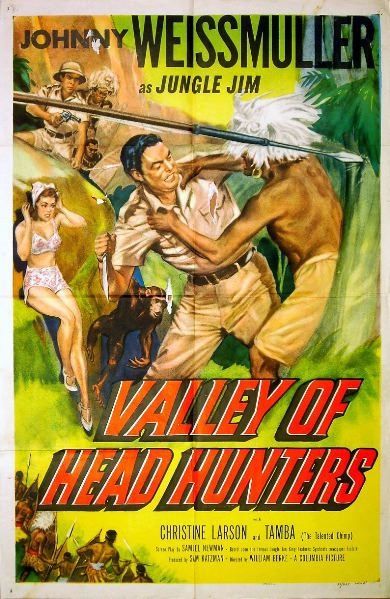 In the 12th of the “Jungle Jim” series from Sam Katzman’s production unit at Columbia, Jim (Johnny Weissmuller) is assigned to accompany a government agent into the interior to get the native’s approval for copper mining. Unknown to Jim, Arco (Robert C. Foulk), also wants approval but for oil, not copper. Arco and his henchies make a series of raids on the villages which he is able to blame on Jungle Jim.