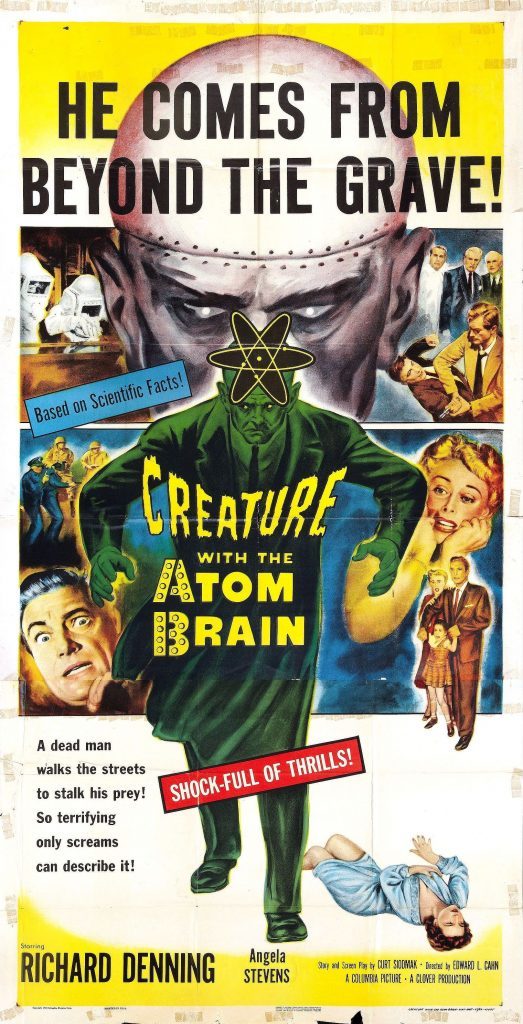 Released by Columbia Pictures in 1955 and without trying to mention it’s low budget format, Creature with the Atom Brain is quite a sophisticated attempt to resurrect the dead using atomic energy and electronic circuitry. The idea of using a TV screen to receive images from the creatures “eyes” is fantastic. This movie reminds me of fast paced comic book story with a taste of film noir. Richard Denning,the star of this film, made a number science fiction movies in the 1950’s before coming over to TV as the governor of Hawaii in “Hawaii 5-0.” As far as I know, this movie is not available on the market as a retail product. You can, however, probably get it from a private collector.I think sci-fi fans will enjoy it!