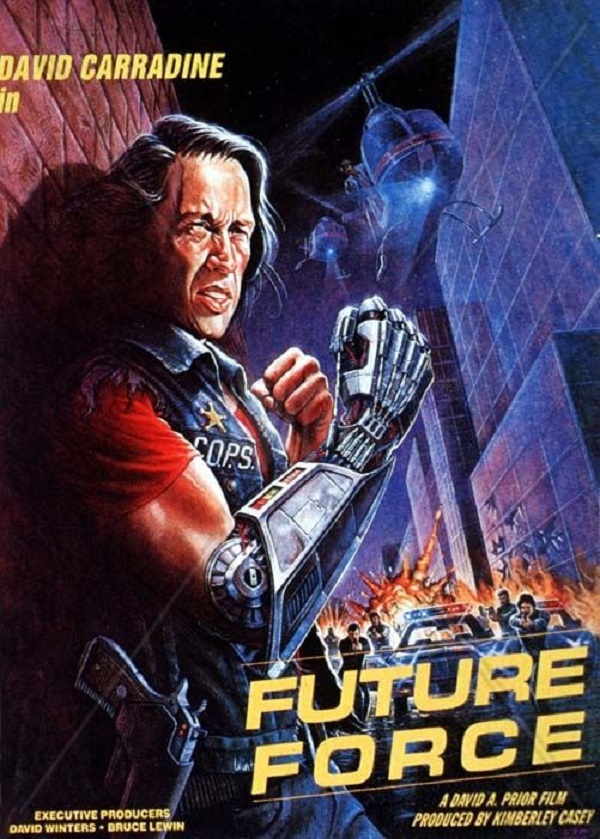 A  bevy of curiously pot bellied actors (including an especially out of shape David Carradine) feature in this mildly enjoyable romp from the ever prolific, David A Prior. Well, first things first – it has to be said that this is cheap with a capital ‘C’ – and by gum, it shows! Nonetheless, as with most of Mr Priors other offerings, the fun factor here makes up for the budgetary shortcomings as we are treated to a plethora of shoot outs, fights and scenes featuring topless, gyrating dancers…..um…..OK. As other reviewers have quite rightly noted, the doubtless highlight in this though involves Carradine’s robotic glove which is a pretty nifty bit of kit, for not only can it punch through solid doors and fire laser beams(!) but it is also fully, independently operational via a remote control(!) (a control which bears an uncanny similarity to one of those used to open an electronic garage door in fact…..) Suffice to say that you can not really say to have lived until you have witnessed the bloody thing flying through the air and attacking someone!