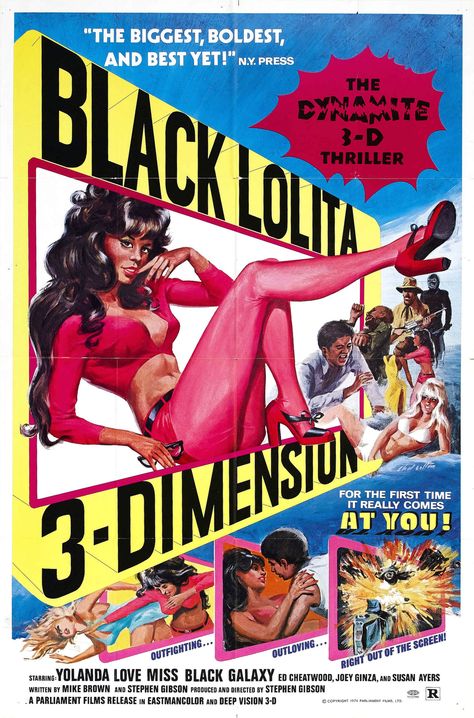 The 3-D Vision “Wildcat Women” would give even the most astute spectator a difficult time comprehending its plot direction. In summary, a young black girl’s (who mysteriously shafeshifts throughout “key” moments)uncle is murdered by a group of hoodlums, headed by an Asian man named “Buddha,” who is more of a foreigned stereotype than an actor. She and her friends seek the help of a black radical, whom uses his abilities to disguise himself to help the girls out. Stop! The rest of the film is mostly indecipherable, with random and minimal insertions of sex scenes (hilariously flawed continuity)as well as a cheesy finale, with blood that most closely resembles that of breakfast condiments. I was growing irritable of the way my 3-D glasses kept unfolding a popping off, as I usually do. But it is one thing to watch a “3-Dized” print of Casablanca and a piece of trash like this. The only appeal of “Wildcat Women” is its blatant use of racist rhetoric, and a few frank one-liners, such as, “I was gettin’ jealous at first, but now I wouldn’t mind a three-some” (one of the black villians who after sleeping with the black girl whom seeks revenge goes into an adjacent room and spots a hot young white girl). Poor editing, atrocious plot/character development, and dialogue the mentally insane wouldn’t find pleasing constitute “Wildcat Women.” Advice to the filmmakers on their next outing (unlikely to happen)- include much more sex and take advantage of 3-D vision, having a character comment on how thirsty he is and thrusting a soda in the direction of the camera 5-6 times is not originality