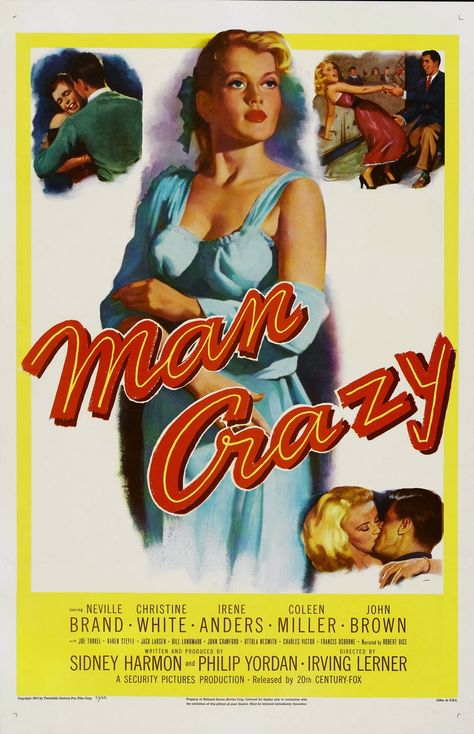 Man Crazy is a 1953 American film directed by Irving Lerner and starring Neville Brand.
It was the first film from Security Pictures, the production company of Philip Yordan and Sidney Harmon. Three girls steal some money and head for Hollywood.