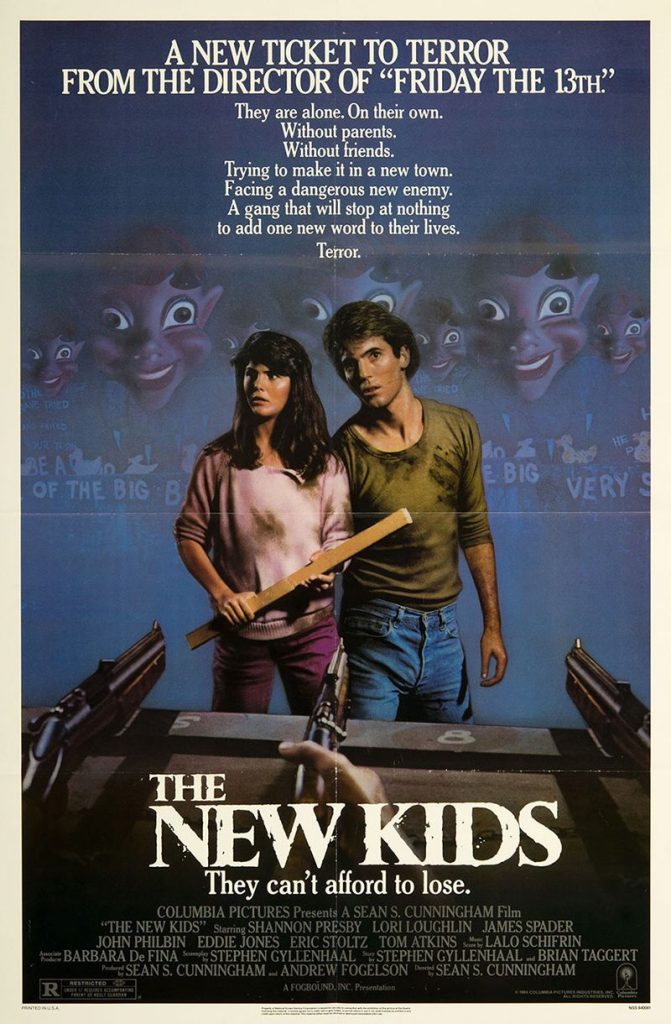 Sean S. Cunningham (the man behind such films like ‘Friday the 13th’, ‘A Stranger Is Watching ‘ and ‘Deepstar Six’) takes a stab at a routine (but gutsy) revenge/vigilante thriller set in the good ol’ south of Florida with a group of feuding teenagers at the core. The plot is familiar in structure, but the bold dialogues and sweaty developments make it rather amusing.

Loren and Abby are brother and sister, who go to live with their uncle Charlie in a small town in Florida, after the death of their parents. Their home would be in a rundown carnival park, which their uncle has plans of restoring. Abby catches the eyes of the psychotic Eddie Dutra and his group of scummy thugs, but after constantly turning down their advancements. The bullying starts to rear an ugly head.

What transcends is sleazy, unsavory and completely nasty, but Cunningham (whose direction is energetically serviceable) pulls it off tremendously well delivering a complete (and versatile) package of humid drama and impulsive action. The tension is pot-boiling, as all these little encounters (with a very dangerous quality streaming through them) go on to spill over in one almighty, gang-busting climax of violent rage set in the amusement park. Even though how all of this eventuates takes some coming to grips with, but as furious exploitation found within this decade (like ‘Class of 1984’) it’s hard to pass. Lalo Schifrin’s textured score pumps along; infusing with the authentically rural atmosphere and the pacing throughout is reasonably zippy.

The cast is a strong one and well-suited across the board. The lovely Lori Loughlin and valiant Shannon Presby create supportable characters. While at the other end of the spectrum. James Spader is hard to forget with his slimy, reptilian presence and sudden jolts of violence. Eddie Jones adds a lively colour to his role as Uncle Charlie. In small roles are Eric Stoltz and Tom Aktins.